Disclaimer: There are so many people more qualified than me to write this post but I just felt the need to take advantage of the forum that I have... out of respect for a friend... and to bring light to some pretty amazing observations I made in the days following his passing. Much Love...

Grieving is not something that anyone ever wants to do but eventually we all have to do it. There are no instructions for grieving. Unlike many things in life, no one ever really sits you down and teaches you a lesson on how to grieve or mourn the loss of a loved one. As a general rule, I'd say that most people just figure out what works for them as they go, because everyone grieves differently. What works for some may not work for others when facing some of life's most difficult situations.

For some, grieving is a very private matter and they don't want any added attention on them during the process. Others, however, want the world to know just how much they miss the deceased (no matter how close they may or may not have been) and they seem to enjoy the attention. Their grieving can become a very public ordeal, even more so living in the Facebook era. Everyone else falls somewhere in between. I'm not judging people for the way they deal with loss. I'm just pointing out the fact that people are very different. When it comes down to it, whatever helps you feel better... DO IT!  (Unless it's smoking crack. Don't smoke crack under any circumstance!!) Hopefully, we all get some good advice or a shoulder to lean on from a family member or close friend in times like these.

In my 34 year life I've been blessed to be able to say I haven't lost anyone too terribly close to me. However, a few years back I lost a childhood friend from my one red light hometown to a freak accident. His name was Scott and he was a great guy. I was able to see how the viewing, funeral and celebration of life afterwards really brings people together to grieve, grow and come to some kind of closure or acceptance of their loss... a process that seems impossible when the news first surfaces.

It was truly a beautiful thing to see everyone go from devastation and tears of sadness to tears of  happiness and acceptance (considering the situation) as they recollect a life cut short. I was overwhelmed by how much that process really seemed to help, which brings me to the reason for this post.

Three days ago I lost another childhood friend from my small hometown of Keystone Heights, Florida to a car accident. Don't go feeling sorry for ME. That's not what this is about. He has family and much closer friends who need your condolences. His name was Byron Nelson. We called him TANK. We grew up playing baseball together in our elementary years. 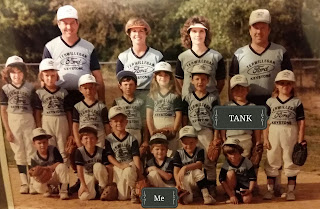 We were always on the same team. 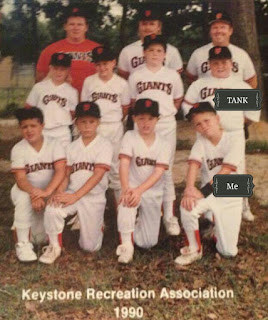 Byron was only slightly more handsome than I was. Mostly because I was too busy trying to be cool. 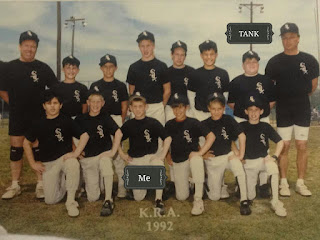 We both always used the same bat to get us out of a slump. We called her "Old Faithful." We didn't always use Old Faithful because, in reality, she was a pretty ordinary bat but she just seemed to get the job done when we needed her most. To this day, when Byron and I would run into each other Old Faithful was always a topic of conversation. Oh, the good old days!!

We were friends in high school but we weren't super close. As adults, other than Facebook interaction, we only bumped into each other once every couple of years, but I was always met with the biggest sincere smile, a giant hug and great conversation. Byron was a friend for life. Apparently, he was a friend for life with every single human being within a 100 mile radius of our hometown and probably beyond, which is no surprise if you knew Byron. This explains why Facebook EXPLODED when he died. I just have a few things I'd like to say about this explosion and the fallout afterwards.

On the grief spectrum, if there is such a thing, I fall very strongly on the side of a private griever. I share my feelings about a lot of things with the world on social media but I'm not the kind of person who takes to Facebook to write my own personal eulogy to someone when they die. When I heard the news of Byron's accident I was really sad. It was a gut punch. However, I am by no means one of Byron's closest friends and I didn't find it necessary to express my sadness on social media. (I certainly didn't expect to end up writing this blog post.) I thought I would just leave that up to his closest friends and maybe comment here or there on something that struck a chord with me...

AND THEN IT HAPPENED!

Three days straight of nothing but Facebook statuses about Byron and the impact that his life had on almost everyone. LITERALLY, ALMOST EVERYONE. Everyone but me...it was like I was the only one who decided not to shout out to the TANK and THAT really struck a chord with me. I've never seen anything like it. This guy got more out of life in 35 years than most people could squeeze into 70. He touched so many different people in so many different ways just by being himself... just by being happy and sincere. It was sad but beautiful to watch this play out over the last three days. It was like I was watching the whole viewing, funeral and celebration of life process that I spoke of about Scott's funeral before. It was playing out in front of me on social media and it was big and it was amazing, just like Byron. No matter how sad people were they couldn't help but share stories of good times because that's really all there was to share, even though Byron had been through more than his share of loss in his life. If you are reading this and you are friends with him I know that you know what I'm talking about.

I got to thinking and I realized that if everyone just grieved privately (like I chose to do)... and kept their comments to themselves during these sad moments... and left it up to those closest to the deceased... then the impact of that persons life would never truly be felt the way it should be. I felt the impact of Byron's life over the last three days like nothing I've ever experienced thanks to people who grieve differently than I do. Thank you for that. I definitely learned a lesson from you all. In the world we live in today, like it or not, people communicate on social media about everything and death is certainly fair game. A lot of people criticize Facebook and social media for causing drama and strife but fail to see the good that can come from it in a close knit community like ours in such a difficult time.

You know, it dawned on me earlier today that the one person I still specifically remember seeing and having a meaningful and uplifting conversation with years ago at Scott's funeral was Byron. He is and will always be truly memorable. 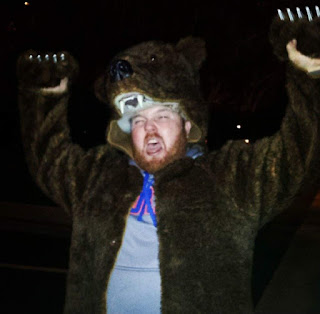