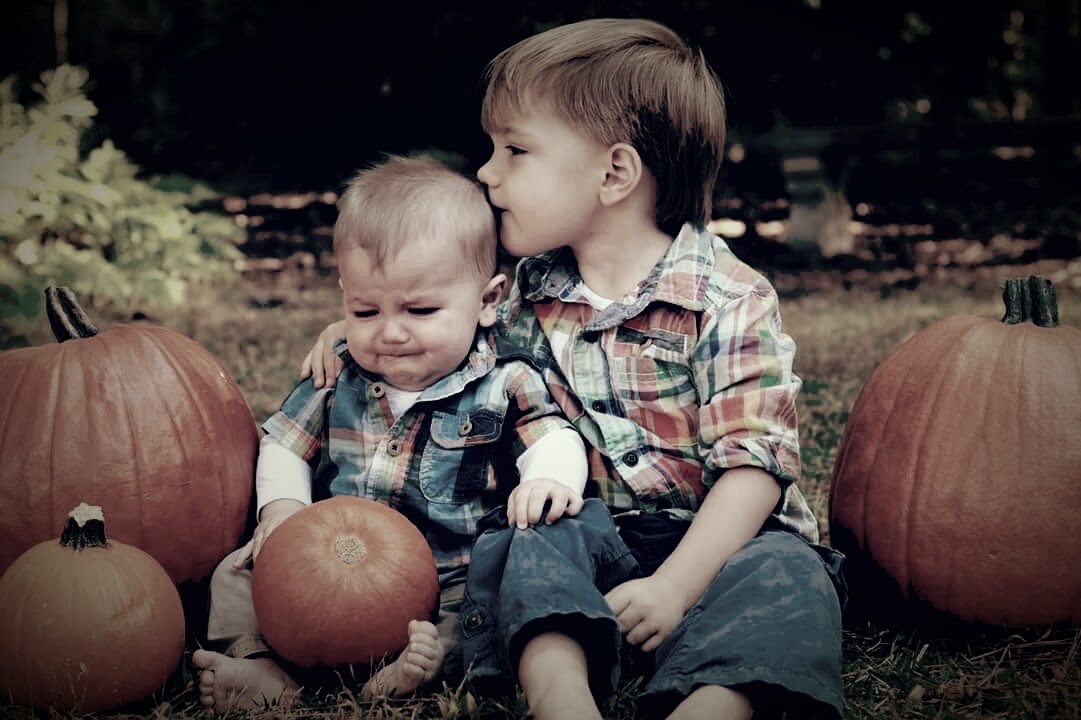 These two have no idea how blessed they are to have each other.  I hope that one day they are able to look back on their lives and truly understand the gift they have in one another. The bond between brothers, brothers who really love each other, is like no other bond in the world. In my 34 years on this earth I've seen examples of brothers who would do anything for each other and I've also come across a few brother duos who didn't seem to care much for one another at all. "Love" might be the absolute last word I would use to describe their interactions together. I understand that brothers show their love in different ways, depending on a multitude of variables that may or may not exist in their relationship. However, there are certain behaviors I've seen or heard throughout the years that send up a major red flag; Words and interactions I hope I never see, hear or associate with my boys.

I have an older brother myself. His name is Stacy and he's 4 years older than me. I guess you could say he's a pretty decent dude, but we'll get back to him later.

I'll never forget one day years and years ago when my mom was babysitting for a neighbor who just so happened to have two boys about the same age as my brother and me. If I had to guess I would say that I was 8 and my brother was 12. The other two boys were probably 9 and 11. We lived on a lake and since it was a nice hot summer afternoon we all thought it would be a good idea to go swimming so we suited up and hit the lake. We were all so full of excitement and anticipation for the fun we were about to have.

I still have a clear mental picture of the events that followed. I can't remember if we just ran down to the lake as my mom was still gathering towels or if he just waited for the first opportunity when my mom wasn't 100% locked in on us but the big brother of the other boys grabbed his little brother and held him underwater for what seemed like 5 minutes in my eight year old brain. I remember my excitement turning to fear and my eyes were probably bulging out of my head. I thought he was going to kill him. I just froze. When the little brother finally emerged from the water, a knock down drown out fight ensued until my mom could get them under control. It was like a good hockey fight but the ice was melted and they were trying to drown each other in it. I don't remember my mom babysitting those two boys ever again after this particular day. Hmm, I wonder why?!? 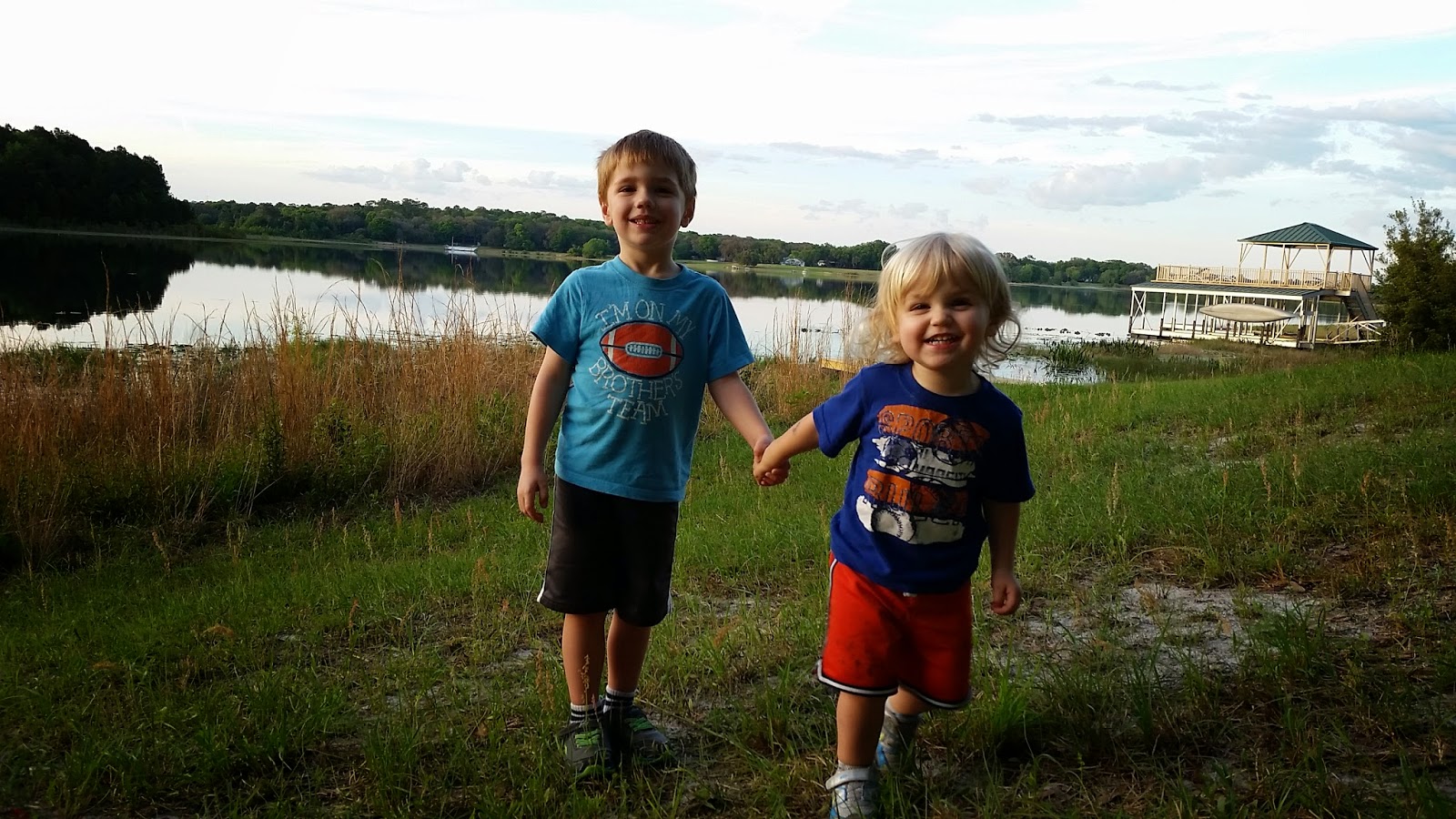 (This picture of my boys was taken yesterday 3-25-15 on the same beach I grew up on. We just happened to visit my home town. There used to be a big dock and a nice sandy beach but no one lives here now and it's all overgrown.)


Clearly, that moment has stuck with me throughout the years. Not only because it was scary but also because I had never experienced anything like it. You might be saying to yourself, "What's the big deal? It's just boys being boys." You might be right. Wherever those two brothers are today, if they haven't gone all Cane and Abel, they might be best friends. They might not even remember the incident. Maybe I sensationalized it in my innocent little boy brain. Regardless, I pray to God that I never see my older son treat his little brother in that manner. It's just not acceptable.

You might be thinking, "Oh, just you wait until your boys get older. You've got another thing coming," and maybe I do. Maybe I'll need to get a Mixed Martial Arts refereeing license and an octagon in the backyard in order to best parent my boys. I've heard some crazy brother war stories.

I've had conversations with friends and colleagues who despise their brothers. Some of them haven't spoken to their brothers in years and have no plans to put any effort whatsoever into that relationship because their brother, "is just a jerk!" 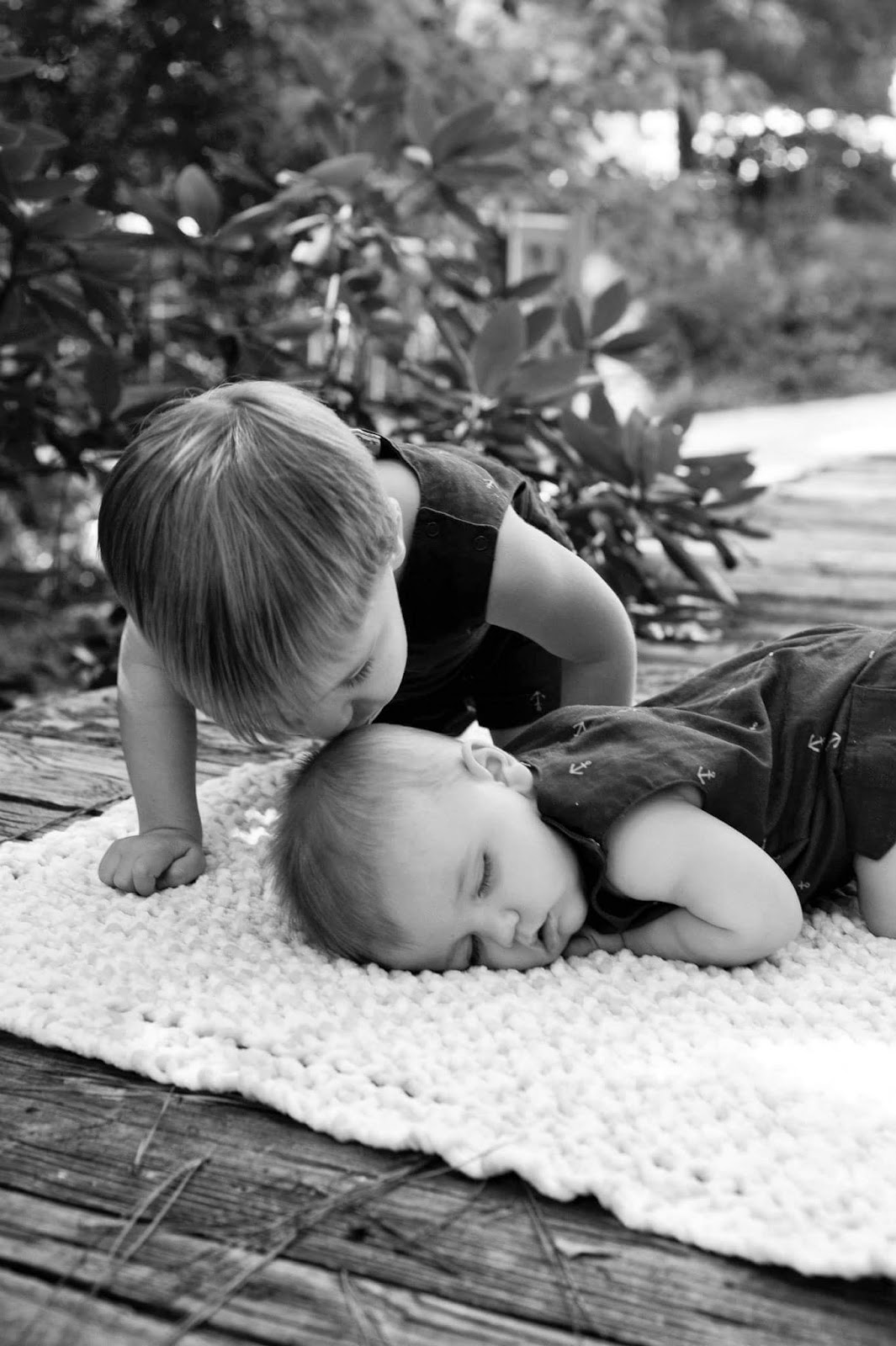 What a sad reality. How can a relationship between brothers make the slow transition over time from the picture above to a complete disdain for one another? How do we, as humans, so often let time harden our hearts and turn the precious gift of brotherhood into something we so easily take for granted and even consider a burden? 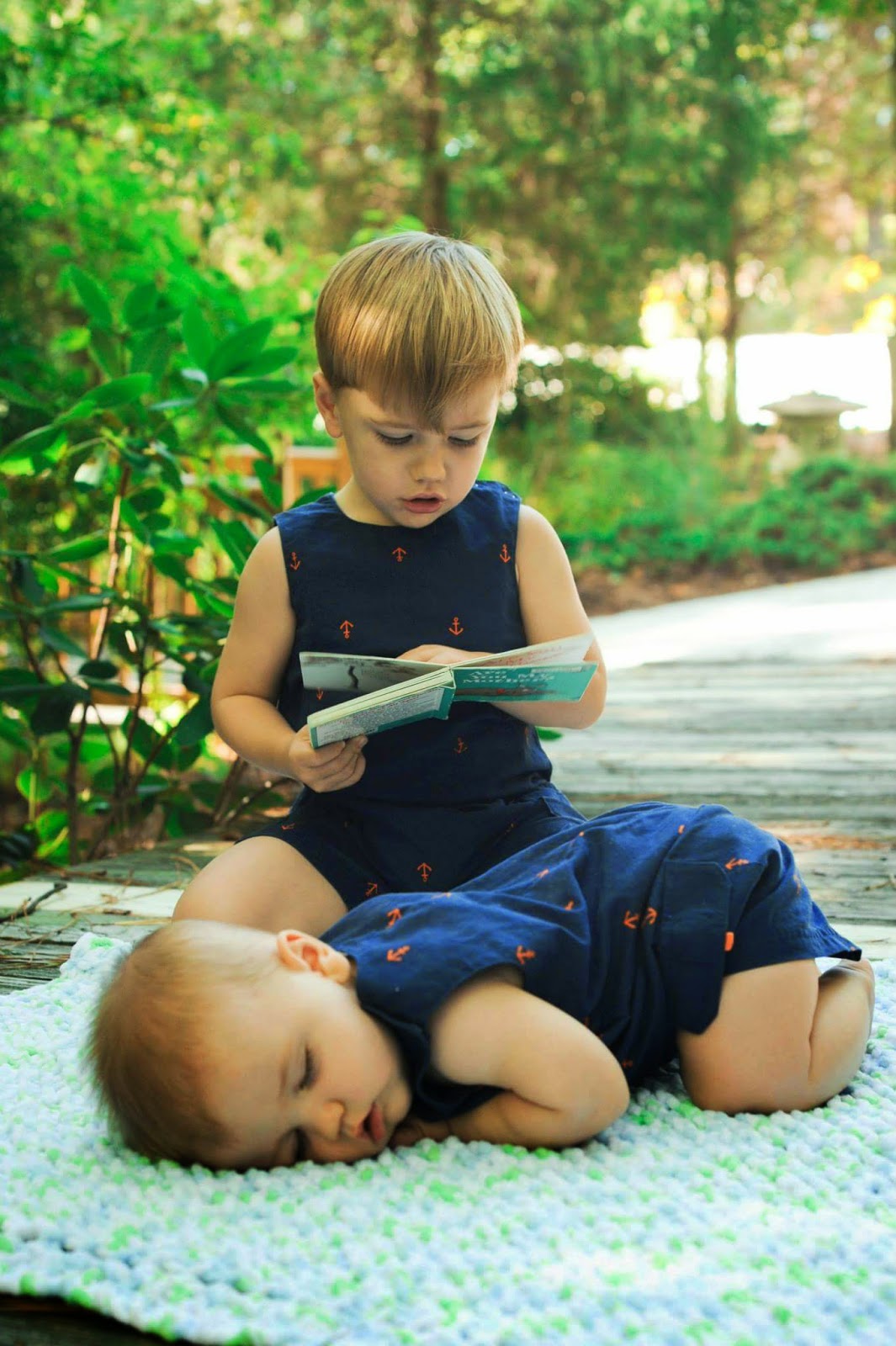 A brother needs to be like my big brother. 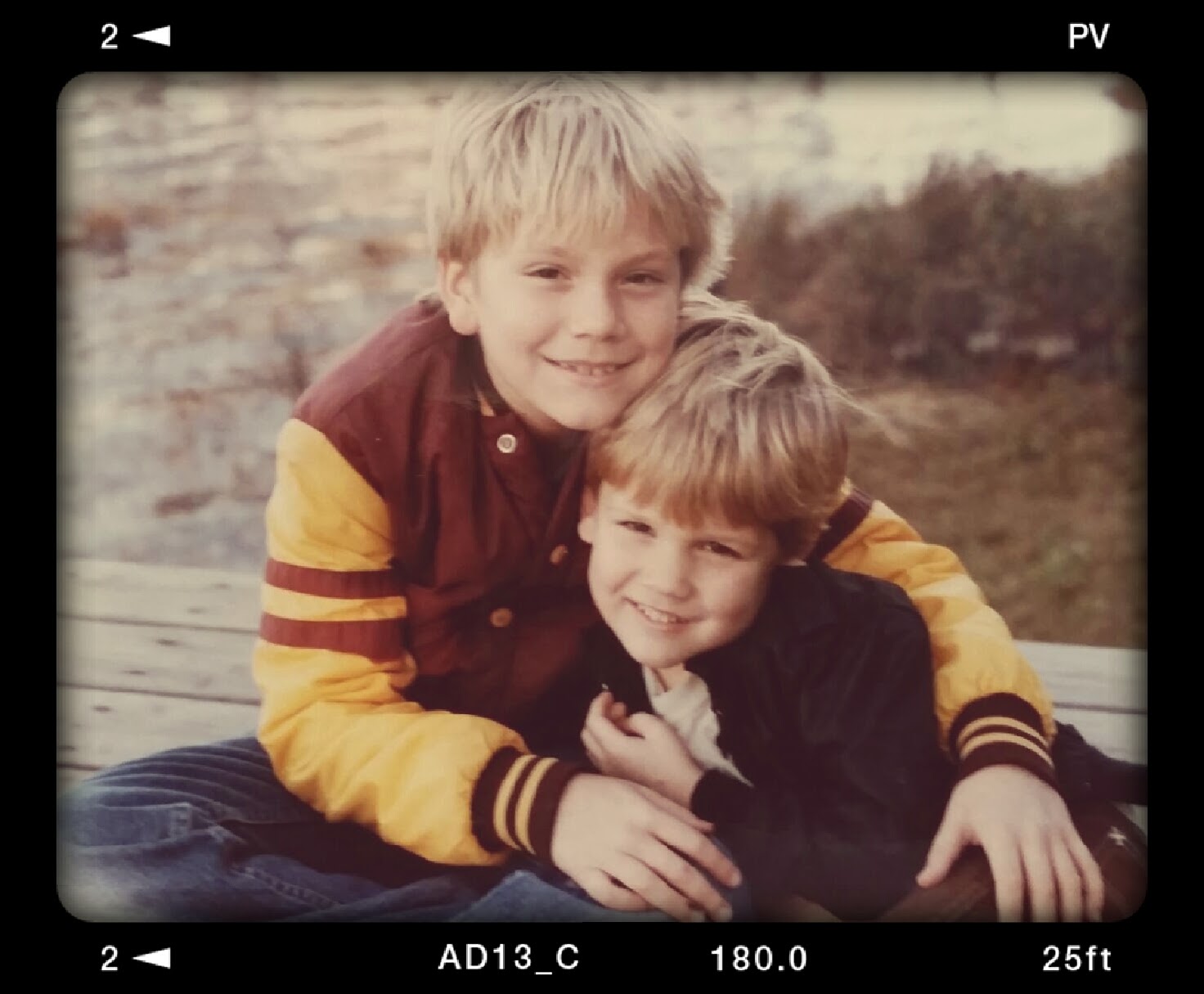 This is my favorite picture of the two of us as boys. You can tell we love each other here. Nothing has changed throughout the years. Sure, we could be closer. We have different interests. We both get caught up in our own life at times and forget that we live 2 minutes down the road from each other but that doesn't change the fact that this dude is a major blessing; A blessing that I took for granted for a large part of my life.

My big brother never tried to drown me, although he probably had reason to. One interesting fact about my brother is that he is 38 years old and he's never had a sip of alcohol. Well... he may have had one "sip" depending on your interpretation of what I'm about to tell you. One summer when we were in our twenties and we went on vacation together he fell asleep on a picnic table by the pool. His mouth was partially open and I decided it would be a good idea to drop a "sip" of my frozen Pina Colada from my straw into his mouth. As you might have guessed, this didn't sit very well with him. He ran me down and threw me in the pool and finished me off with an elbow drop but he didn't try to drown me. If he ever wanted to this would have been the perfect opportunity.

He never beat me up. When we were teenagers my friend Jeff would come stay at our house often.  The three of us always watched movies in my parents room on their bed. Jeff and I would wait for the clock to hit a certain time,  a time that we coordinated moments earlier, and we would "jump" him to try to see if the two of us could take him down. He was much bigger and stronger than us and I think he enjoyed the challenge. He had a go to move that was undefeated. He would just squeeze our feet until we said "uncle" and gave up.  It worked every time.

There is one particular night that we laugh about from time to time. I must have done something to make him mad because I took off running from our room towards the living room and I just knew he was going to catch me so I threw myself into the bookshelf in the hallway and told mom and dad that he pushed me into it. I think he ended up taking one for the team on that night.

He was never too cool for me. My brother and I shared a room growing up. That's probably one reason why we were so close. When we were still in school we used to stay up late looking through our yearbooks picking the "hottest" girl on each page. I bet all you girls from Keystone Heights wish you knew  the answers to that classic game. HA!

He never made fun of me unless I deserved it. Honestly, I don't have one memory of my brother being mean to me in any way that I didn't deserve. Now that I think about it, maybe he brainwashed me?!?

He just loved me and put up with me and my annoying friends. He supported all my sporting and music endeavors. He picked me up from practice. He drove me and my friends around. He may not have always enjoyed doing all of this, but he did it. He was the perfect example.

When I was young I never would have said that my big brother was my best friend but when I look back on life he certainly was. That's why he was the best man in my wedding. Maybe I should mention the fact that he introduced me to my beautiful wife. Where would I be without him? (Don't let this go to your head Stace.) Sounds like I hit the brother jackpot.

I hope and pray that my wife and I are able to foster the kind of life long relationship between our two boys that my parents did between my brother and me. My parents deserve so much credit for our friendship.  I don't think they really gave us a choice. We had to learn to love each other and we did. I believe the first step is teaching the big brother to learn patience towards his younger brother. Let's be honest, younger brothers require extra patience. Don't drown him, just throw him in the pool. Don't beat him up, just squeeze his foot and show him he's still little brother. If you are blessed enough to have a brother in your life don't take him for granted.
Appreciate him.

Brothers gotta love each other! 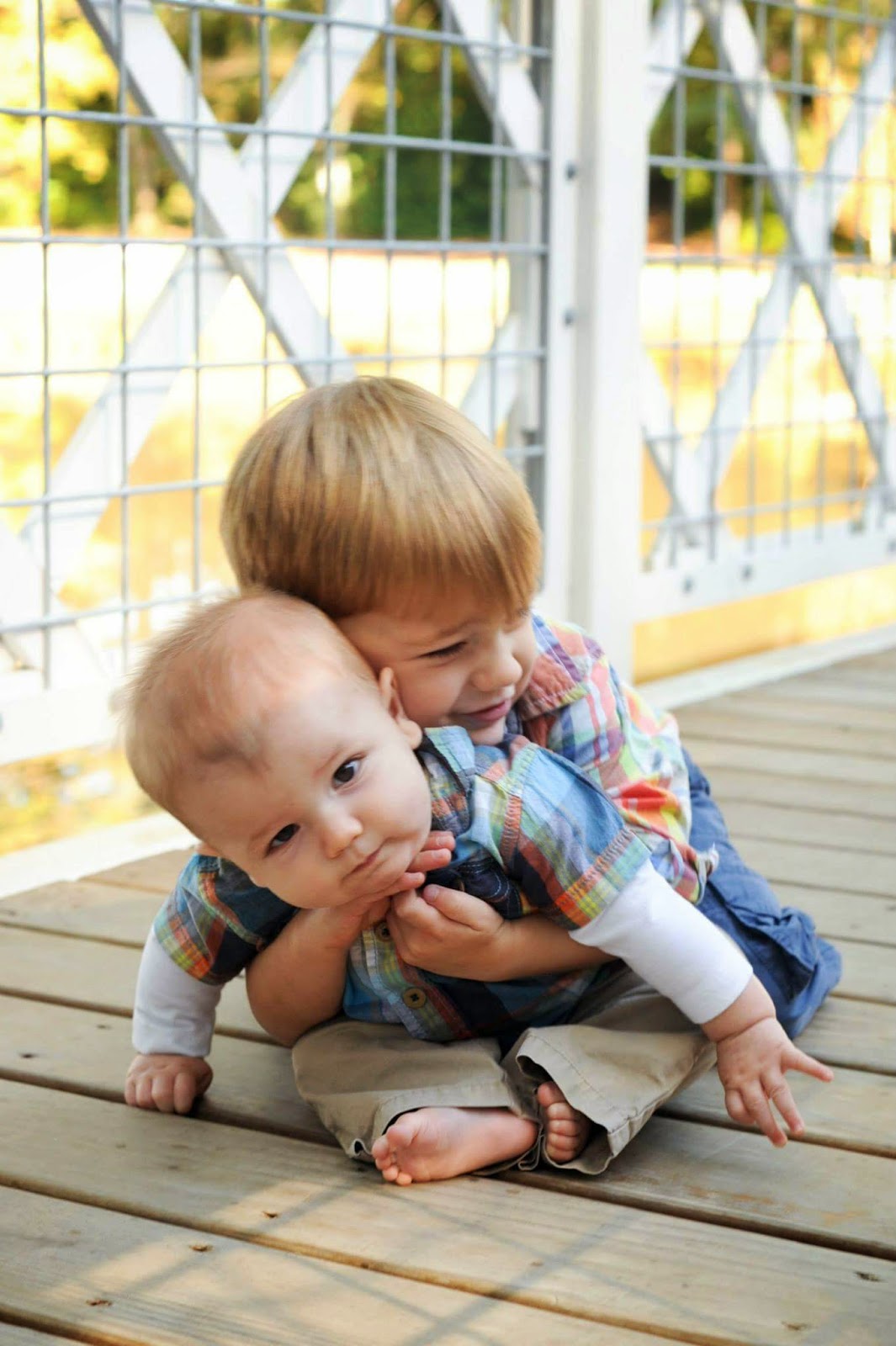 Or, if you're comfortable with it... 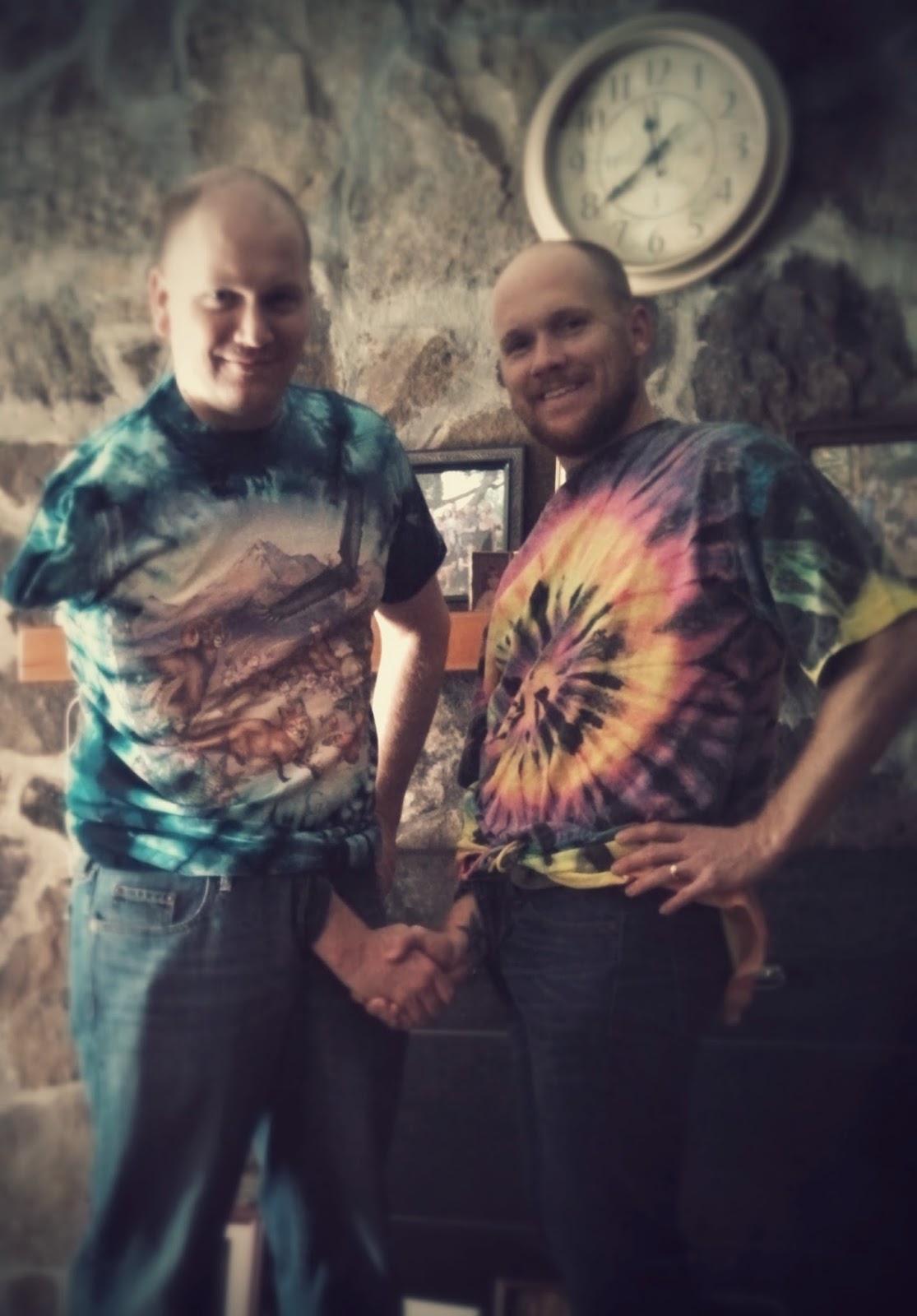 I'm fairly certain nothing signifies the bond of brotherhood quite like The Crotch Handshake.

Mom and Dad, I guess that's what you get for making us share a room. 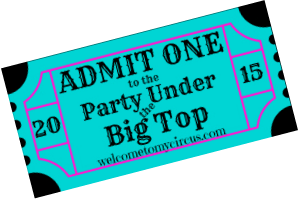 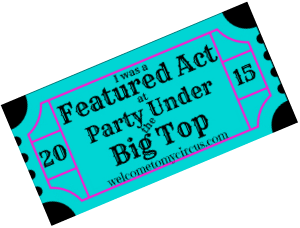