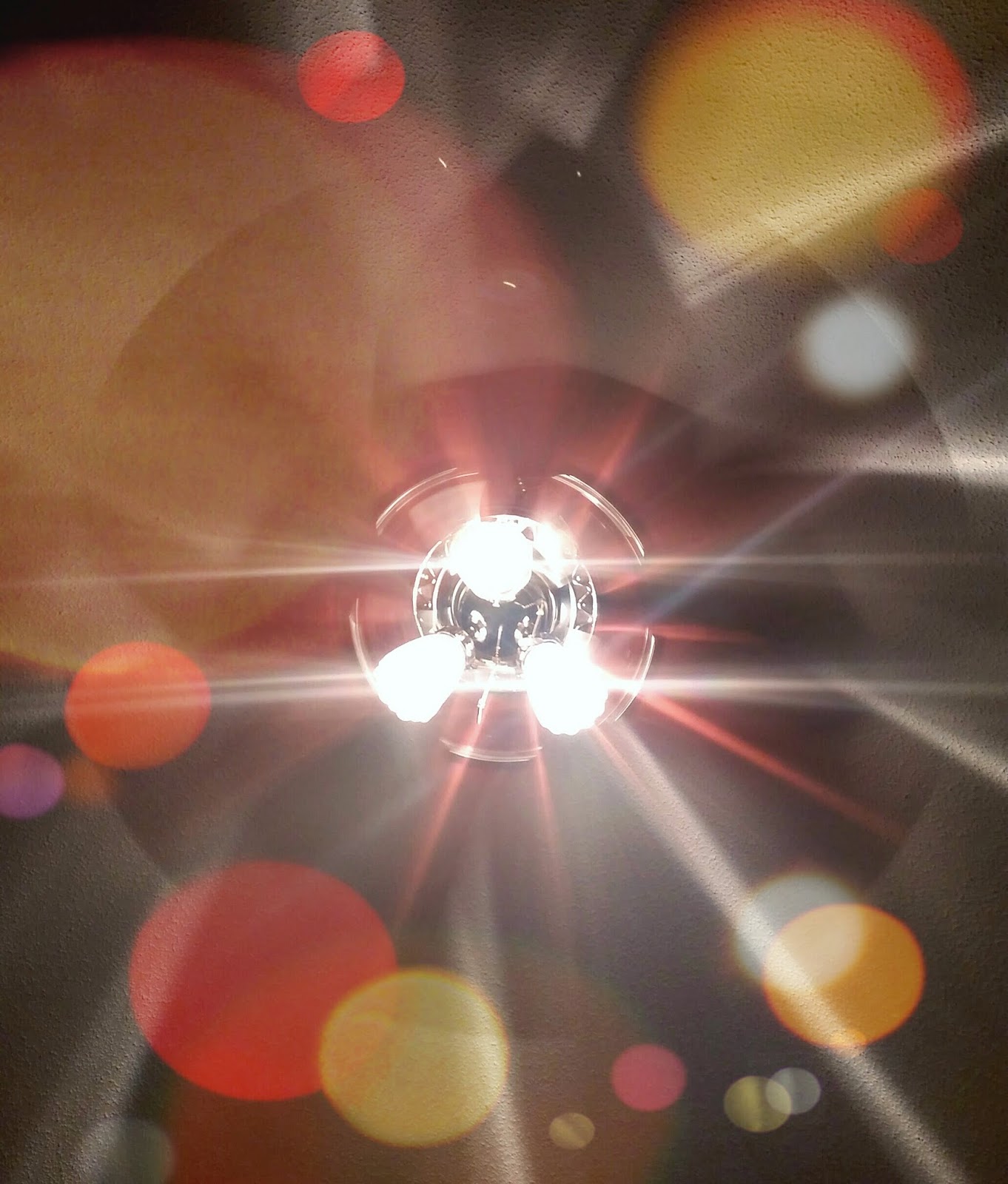 Let me start out by telling you that my wife is amazing. Her name is Daphne. We've been married for 5 and a half years. We have two boys. 3 years and 1 year old respectively. Sure, we butt heads and drive each other crazy from time to time but when it really comes down to it, she's a great teammate. I'm talking about the kind of wife who, when we got married and before we had kids, signed off on a rule that balls being thrown in the house are totally welcome. If she regrets making that deal now it's only slightly but she hasn't voiced it. When she made the deal I did what any self respecting man and sports fan would do. I put up a basketball goal on the living room wall. 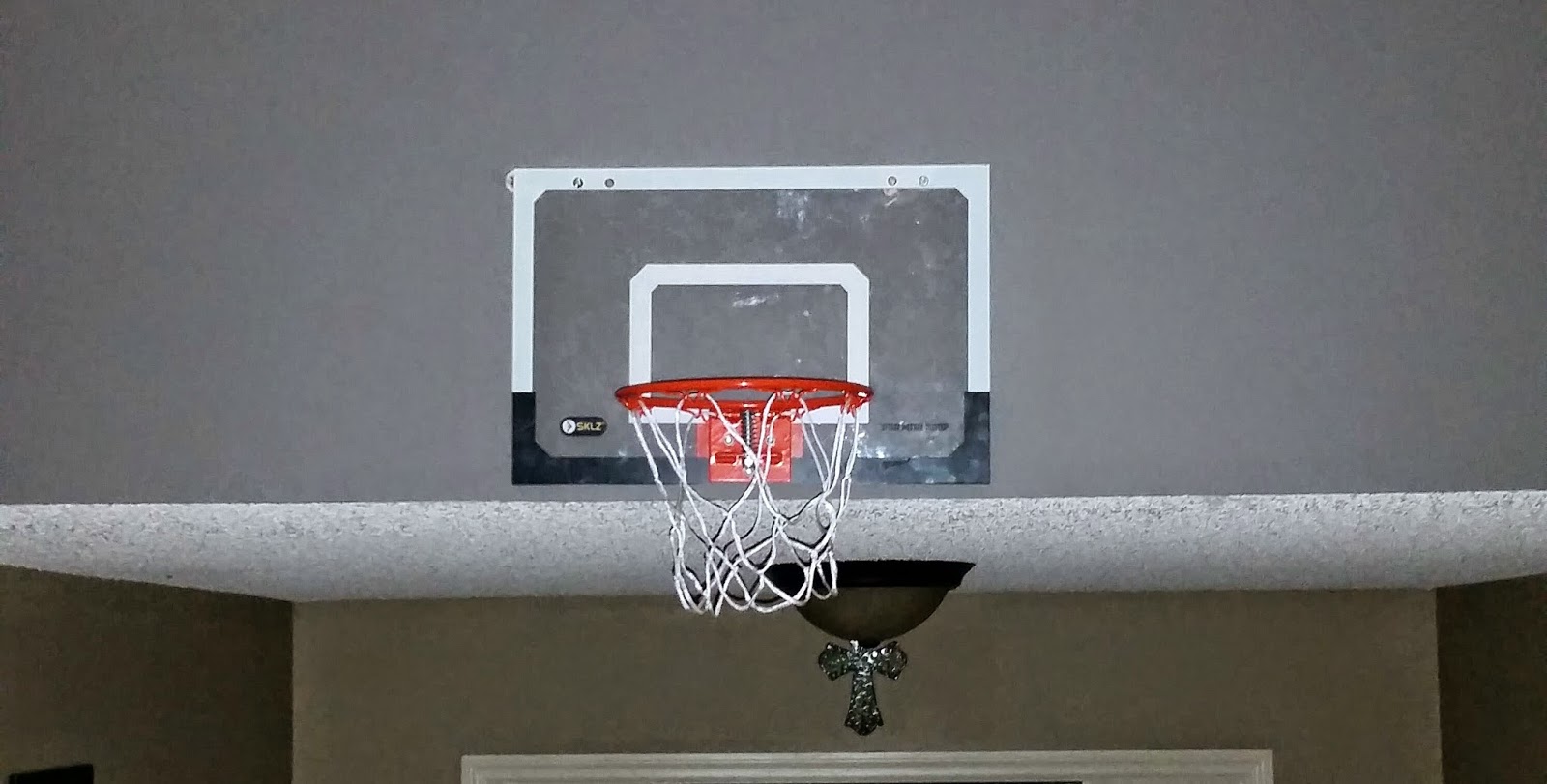 My friends and I designed a game called "Man's Game" that consists of three grown men playing close to full contact basketball inside the house and when you make a good physical play you simply exclaim, "MAN'S GAME!" to the other two guys. As you can Imagine, things get broken and people get hurt. Fortunately, not that often and not that bad. Now that we have kids it's a rarity that we play Man's Game because it typically gets a little too loud. However, we do play a lot of horse. You know horse right? If not I'll just say it's a trick shot game and the nature of the game suggests that balls will be bouncing off walls and certain other parts of the house that balls probably shouldn't bounce off of.

Typically, when Daphne and the boys go out of town I like to invite the guys over for a guys night where we eat some wings, watch some sports and play a little indoor man's game and horse. About two years ago I made a new friend named Mike. Mike and I discovered quickly that we have a whole lot in common. As children we played against each other in baseball tournaments and didn't know it. We're both family men with kids. We have similar parenting styles. We both have a son named Cooper. We both love sports. We even recently discovered that we both spent last summer watching seasons 1-6 of Breaking Bad to bridge the gap between college basketball season and football season but even though we talk about pretty much everything we didn't tell each other because we both had the same fear that the other one may have already watched the show a year or two ago like everyone else and might slip up and spoil the ending. I guess that means we both have amazing discipline... and oh yeah, we both enjoy playing man's game and horse at guys night and usually one of us wins. (Mike is basically a taller and more handsome version of me with actual skills with tools and technology.) Check him out at: sunshinedad.wordpress.com

It also didn't take us very long to realize that Mike and I have one major difference. He is super handy and I am super not. There was a time in my life a few years back when I was in major denial that I suffered from some type of "handy-cap" if you will. I have long since grown out of that stage of denial and fully embrace the fact that that is just not me. I was the baby of a family with 4 children. I had 3 older siblings and a Mom and Dad to do things for me. There are so many things I should have learned how to do or someone could have taught me but instead they just did it for me. I'm not blaming anyone. That's just how it went. I'm not handy. To be honest, my wife is probably slightly handier than I am. I can't believe I just typed that. My man card should be revoked but I can't find it...oh yeah, it got revoked when my first son was born and I cried like a baby back in April of 2011. It was reinstated in early 2013 just in time to be re-revoked when my second son was born that April. Anyway, what do non-handy men do when they don't know how to fix things? They call up a handy friend for help. I usually call my brother but Mike has come over a time or two to help me out.

It just so happens that Daphne and the boys are out of town for a few days. This time around I decided not to have a guys night but rather to take down the tree and all the Christmas decorations, complete a small honey-do list and relax in the peace and quiet instead. I also decided to try to do a little handy work by myself. Now, I never said I'm not a hard worker. I'm just not handy. I'll mow the lawn and do any type of basic house work with the best of them. I'm just not going to be able to figure out how to fix the dryer or the ceiling fan when something goes wrong. The ceiling fan? You mean the same ceiling fan in the living room that's been making an awful knocking sound every time I turn it on or off for the past year or so? That ceiling fan? The same ceiling fan that Daphne insists started making that knocking sound because it's been hit too many times by arrant horse shots or loose balls from man's game? (No pun intended.) Well, I had a little spare time so I decided to man up and climb up on the ladder and take that joker apart piece by piece if I had to, find the problem and fix it. And I did, in no time. MAN'S GAME!

I'll be honest, I was really proud of myself so I shot a text to my wife so she knew when she got home she could stop complaining about the knocking and stop worrying that the ceiling fan would fall on her head because Lord knows she'd trust that I fixed it properly. Hmm. That thought process right there gave me an idea of an innocent little joke really only intended to make myself laugh.

"I'll just tell her that Mike fixed it" I thought. "It'll be funny. I know just how this conversation will go" I'll say, "Hey, guess who just fixed our knocking ceiling fan?"  She knows I'm home alone. At least I think she does. She'll assume I'm proud that I just did something pretty handy but she'll humor me and ask, "Who?" expecting me to say that I did it and brag on myself a little bit but I'll reply, "Mike" and she'll reply with something like, "Ha. Figures. Tell him thanks."  We'll both get a little chuckle and she'll be relieved because I think she convinced herself that it was going to be pretty hard to fix. So I sent the text. Here's how it went down:


ME: "Hey, guess who fixed our knocking ceiling fan?"

Ouch! MAN'S GAME! Point for Mike. Just after this exchange I informed her through text that I fixed it myself but I didn't go into any details. I still haven't decided if I should let her know that when I climbed up on the ladder I happened to notice that all that was wrong was that a tiny screw had come slightly loose and when the fan blades were passing slowly they were ever so annoyingly brushing against the screw. It literally took one twist of a screw driver. Maybe I'll just leave that little detail out. Yeah, maybe. Point for me!