When I Grow Up 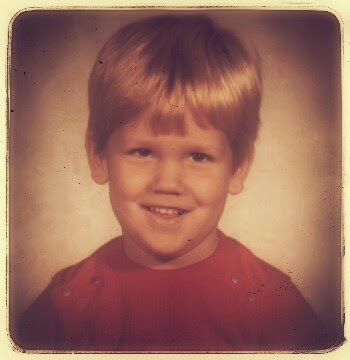 What do you want to be when you grow up?
Do you remember what your answer was?
What if you had actually become that?
How different would your life be?

My first grade teacher was named Mrs. Alford. In her class I did a project where I had to give a speech about what I wanted to be when I grew up. Although I can't remember much of anything from that long ago, this particular project really resonates with me to this day. Would you like to know why? Because I told the class that I wanted to be a Marketing Representative, that's why. You may be asking yourself, "Why on earth does that make this so memorable?" Ha! Let's see, possibly because I couldn't pronounce my R's properly in 1st grade so my entire life since then I've had to listen to my parents and older sisters talk about how cute it was to hear me say "Mawketing Wepwesentative" over and over in front of my class. I guess the definition of cute and embarrassing mean roughly the same thing, depending on your perspective. Truth is, I don't even know exactly what a mawketing wepwesentative does. I doubt I really understood in first grade, even though my parents did their best to explain it. I never truly wanted to be a mawketing wepwesentative but my dad was a mawketing wepwesentative by day and my hero by night and I wanted to be just like him so... why not? If it was going to make me more like my dad then sign me up.


Side note: He was also my baseball coach. Nice knee pads Dad. 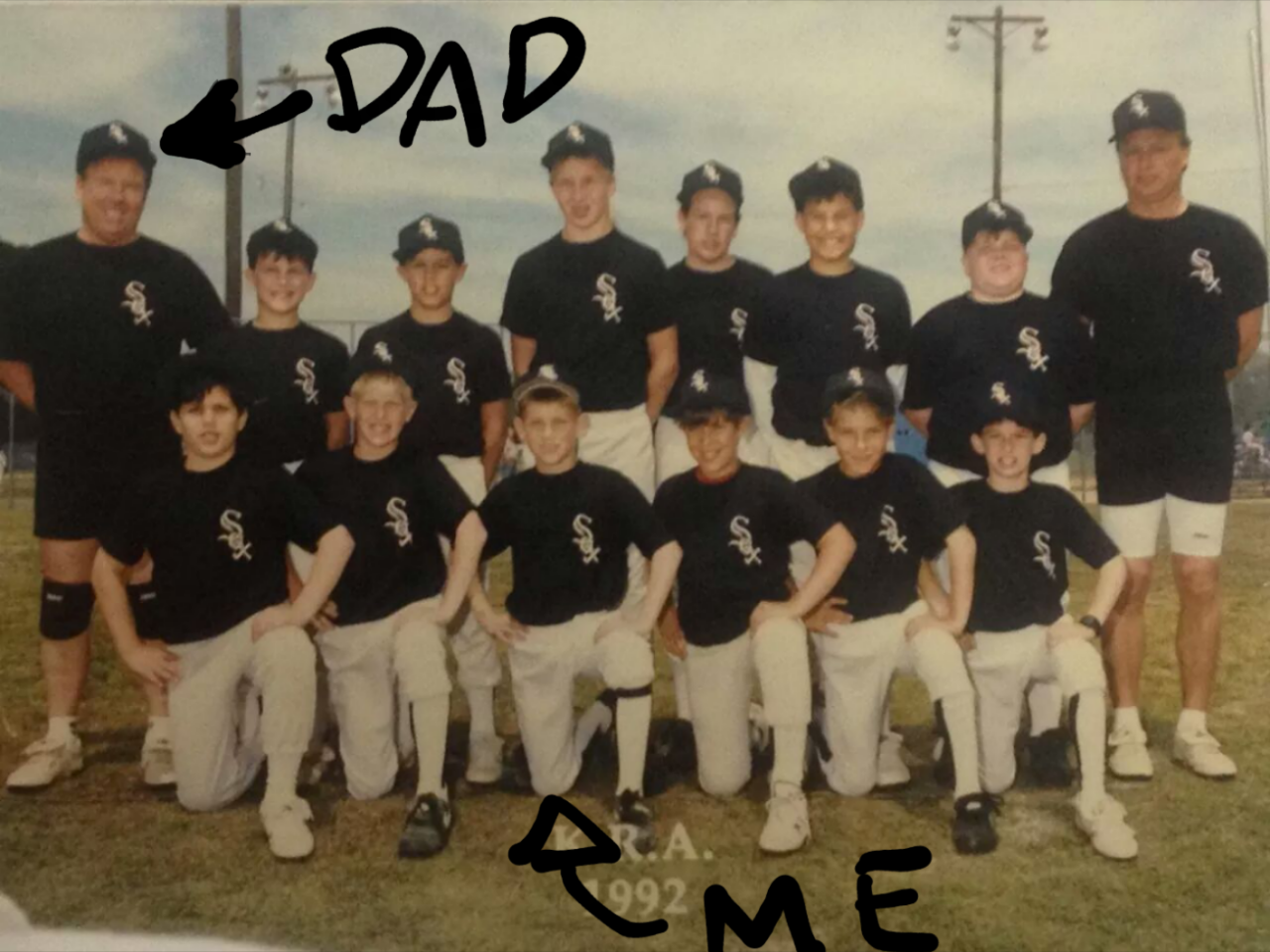 So, I didn't want to be a Marketing Representative. There was a brief stretch in fourth grade where I wanted to be Garth Brooks. (Today I'm not a fan of country music but let's be honest, the dude was a genius when I was 8 years old.) I don't know what I wanted to be. I guess I just wanted to be happy like my mom and dad and maybe one day have a son who I could make this for: 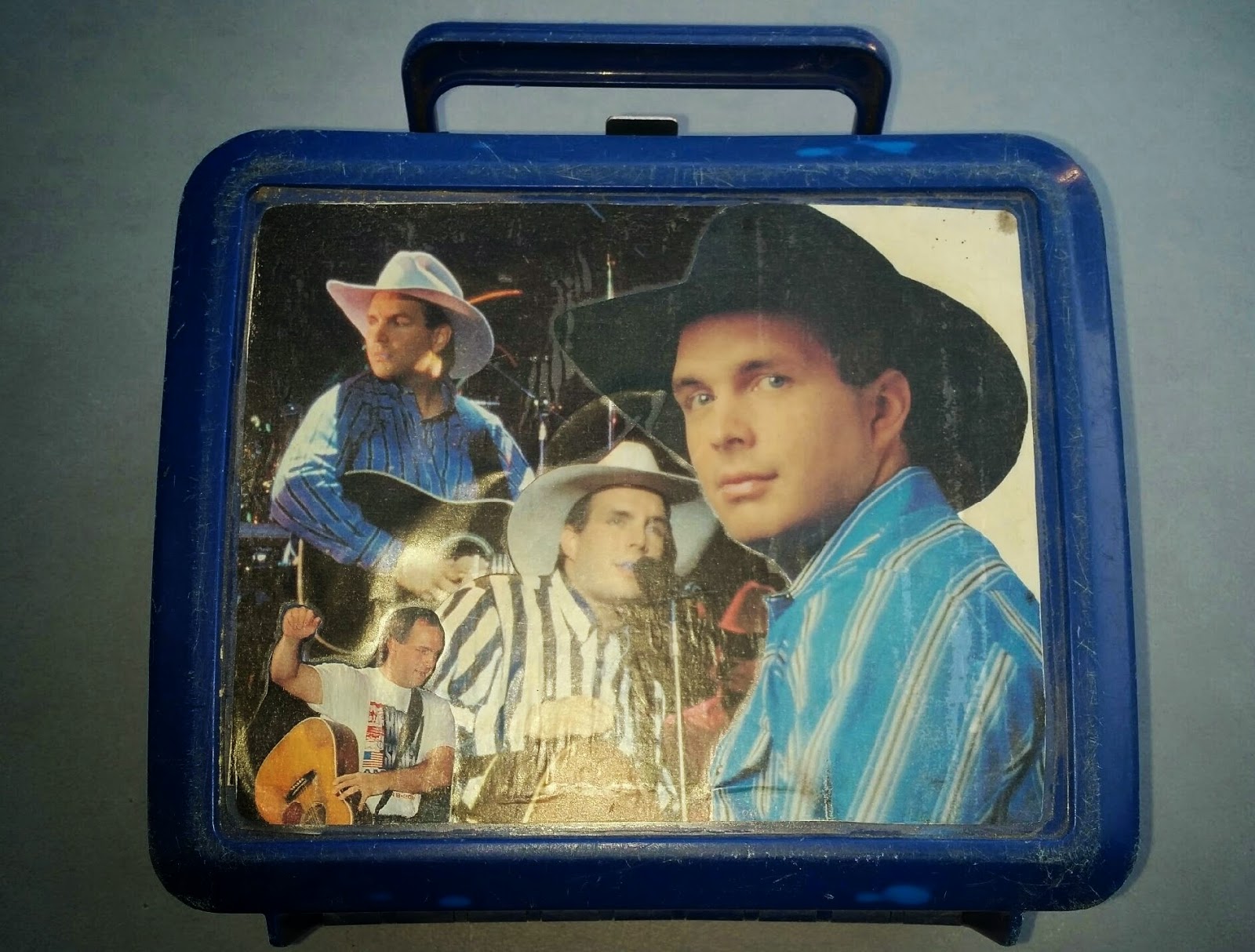 Yep. Eat your heart out! My very own Garth Brooks lunch box that my parents made for me in fourth grade. It's a one of a kind. Limited Edition. Yeehaw!

As I got older I don't remember ever wanting to be anything other than a baseball, football or basketball player. Poor guy... what I didn't understand as a young boy was that...well, I was a runt. I still am. 34 years old and I go about 5'9 160 lbs. Professional sports just wasn't in the cards for me but I kept plugging away anyhow. I prayed about it.

In the eleventh grade my focus began to shift from sports to music. I started playing guitar and formed a band with a few friends from school. My dream job officially changed. I wanted to be a rock star now. Yep, I wanted to graduate high school, move to California and travel the country playing music in bars and various other venues. Man, I just hope mom and dad didn't blame Garth for this. It truly wasn't his fault. 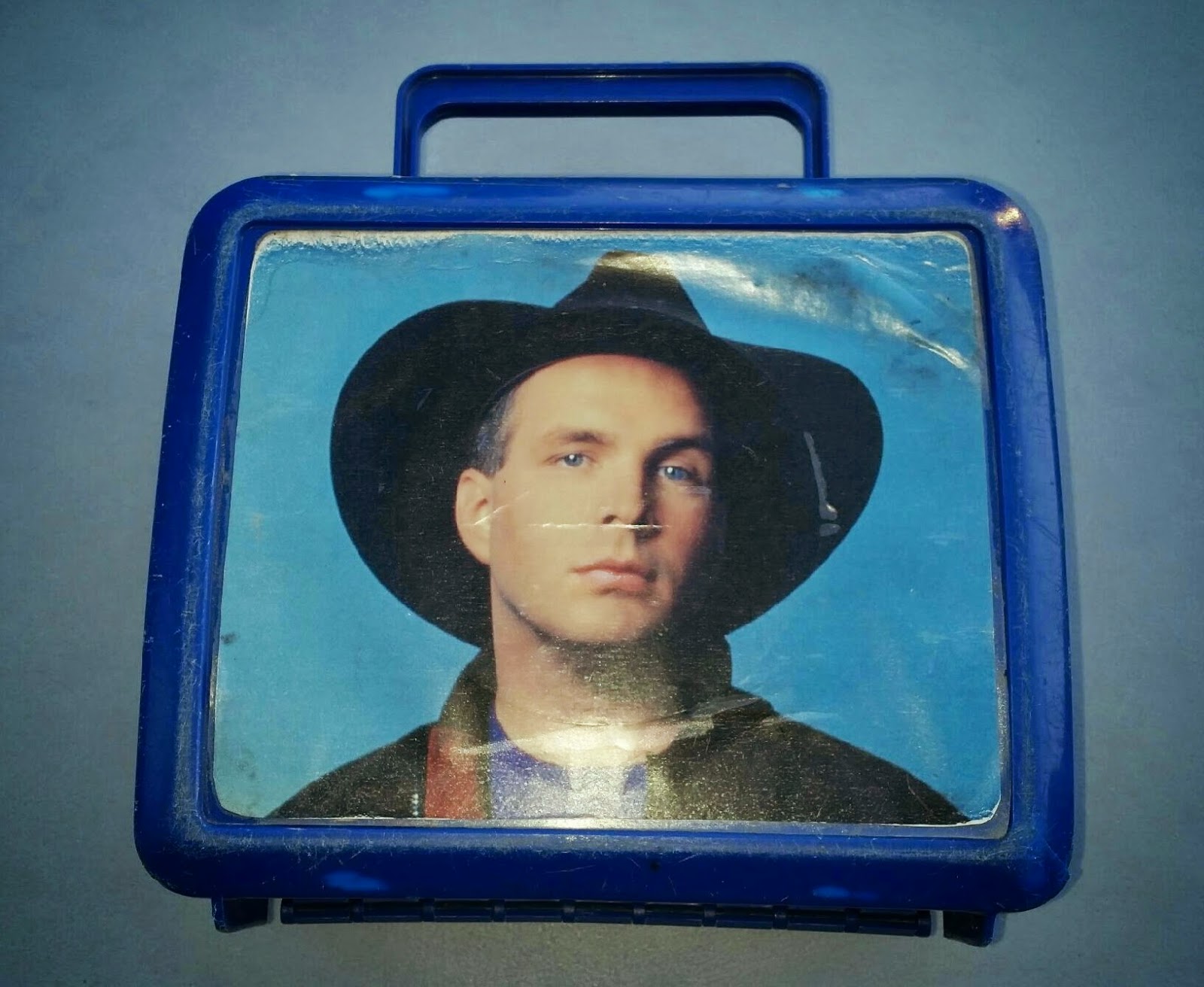 Look at that face.

Nope. It was punk rock music that had stolen my heart this time around. No more country for me. Looking back I'm sure mom and dad weren't too thrilled about this. I played guitar in a punk rock band for somewhere around 8 years and rare was the night that my 60 something year old (at the time) parents weren't in attendance with the video camera avoiding the mosh pit to support their baby boy. I was truly blessed. What an example those two set for me. 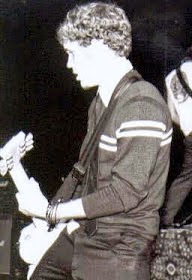 Okay. Let's recap. The only jobs I ever really wanted to have were a professional athlete or a rock star. I'm not exaggerating when I say that I really really wanted to do one of these two things. After high school I put all of my time and effort into music. Our band had a lot of talent. We were about to hit it big. I could feel it! I prayed about it...but it just never happened. Maybe that had something to do with the fact that we named our band, "Breaking Up." Foreshadowing? Needless to say, we broke up.

Who was that old singer? You know that old song? How did it go? 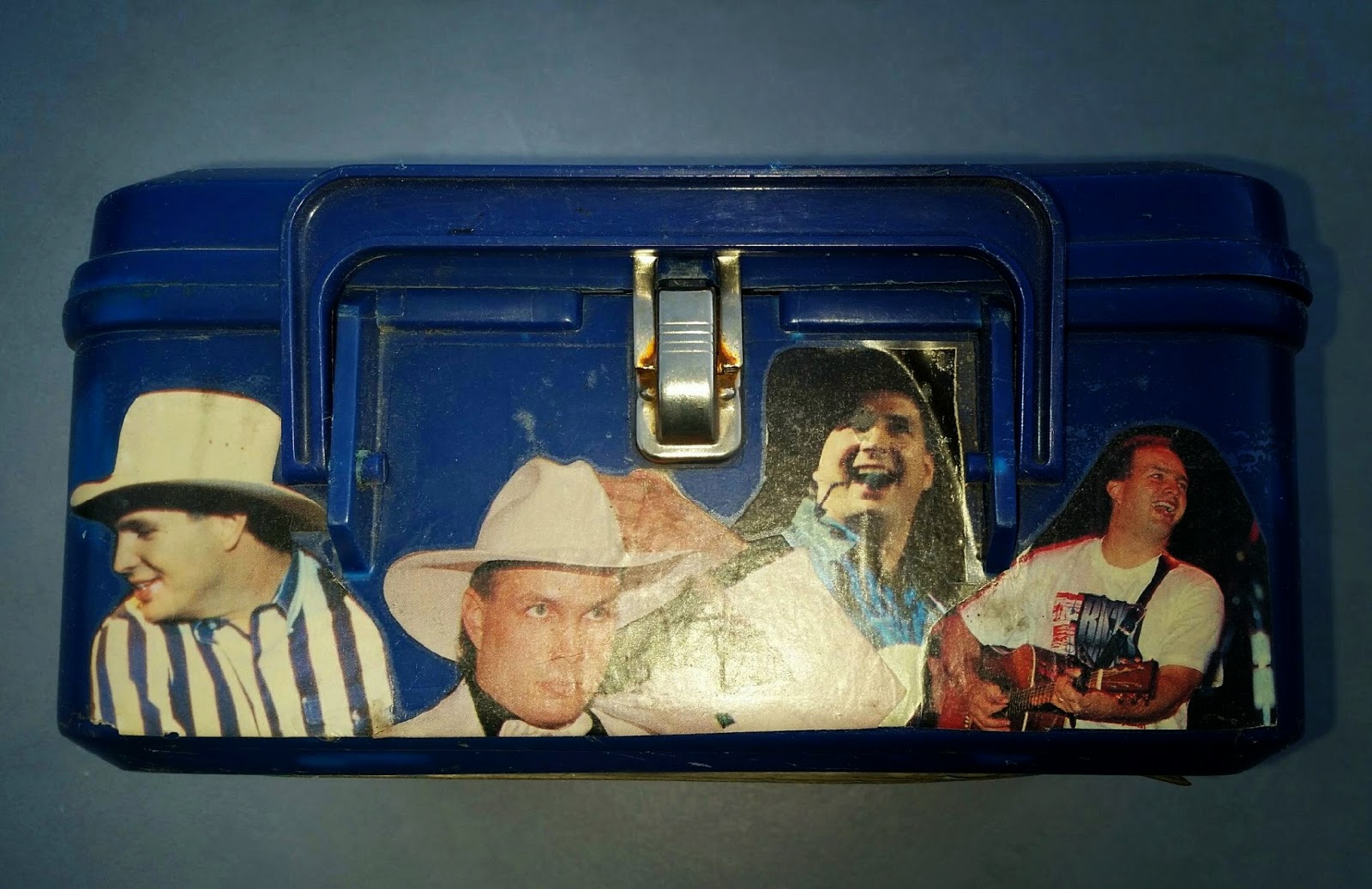 "Sometimes I thank God for unanswered prayers." If 8 year old me was here right now he'd look me dead in the eye and say, "I told you that guy was a genius." I guess I'd have to concur.  I'd bet that I thank God for unanswered prayers at least once a week. A professional athlete and a rock star, huh? What a sweet juxtaposition. If I had become one of those I might be married. I might still have children. I wouldn't be home though, in THIS home living THIS life with THIS wife and these two boys. I wouldn't be able to invest time into my boys lives every single day and teach them how to count with flash cards at the dinner table or help them learn their ABC's with foam letters in the bathtub. I wouldn't be able to experience the utterly odd joy when my sons eyes start to water as he finally grunts for the first time while sitting on the potty and poops somewhere other than his diaper or the tub. Oh, sweet victory! I wouldn't have near as much time to teach them how to swing a baseball bat, catch a football or shoot a basketball. I wouldn't have as much time to teach them manners or how to treat a woman. I wouldn't have as much time to teach them about character and accountability. I'd be having fun. I'd be making more money. I understand that some people do it and make it work. Not me though. God wanted me at home every day a few minutes after 5 for those, "Daddy's Home" moments. He wanted me to have no excuses if my boys didn't turn out to be better men than I am. That's the challenge. That's the goal. I accept. I am who I want to be when I grow up. Thanks God... thanks Garth. 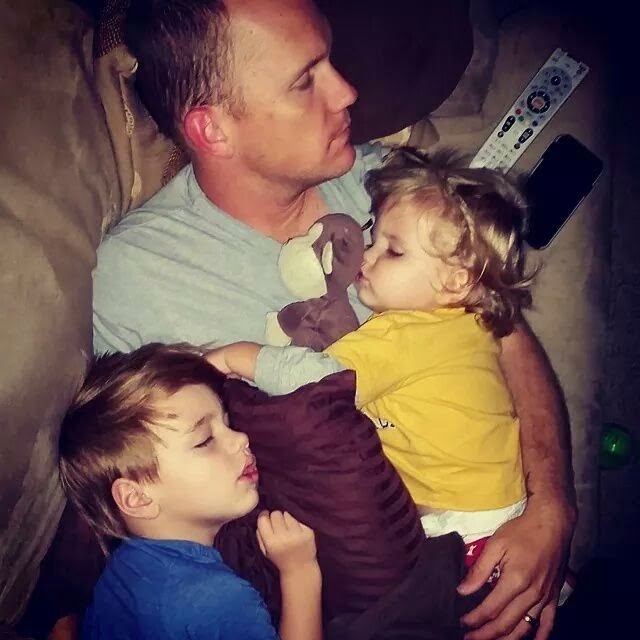