OUT OF CONTROL: Playground Bullies 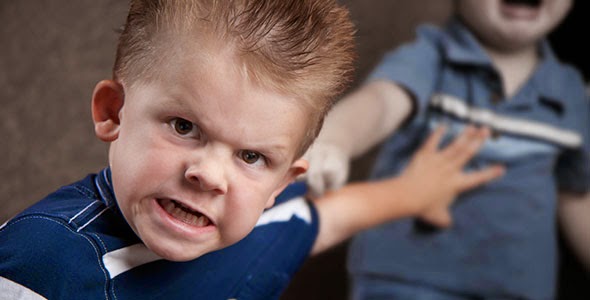 Allow me, if you will, to tell you a short story of a poor boy who became a victim of a ruthless bully on the Chick-fil-a playground.

The following events took place in late January of the year 2014.
This is an unbiased witness account.

I preface this story by telling you that the capacity for empathy forms at age 3, meaning preschoolers are capable of caring for others as well as intentionally hurting others. In my opinion, this means that parents need to be alert and aware of the potential for bullying from the time our children start communicating with one another. Although I never had any significant first hand experience with bullying as a child, I've seen enough second hand bullying to understand the severity of the issue. I never want my child to become the victim of a bully and even more so, I never want my child to become a bully. 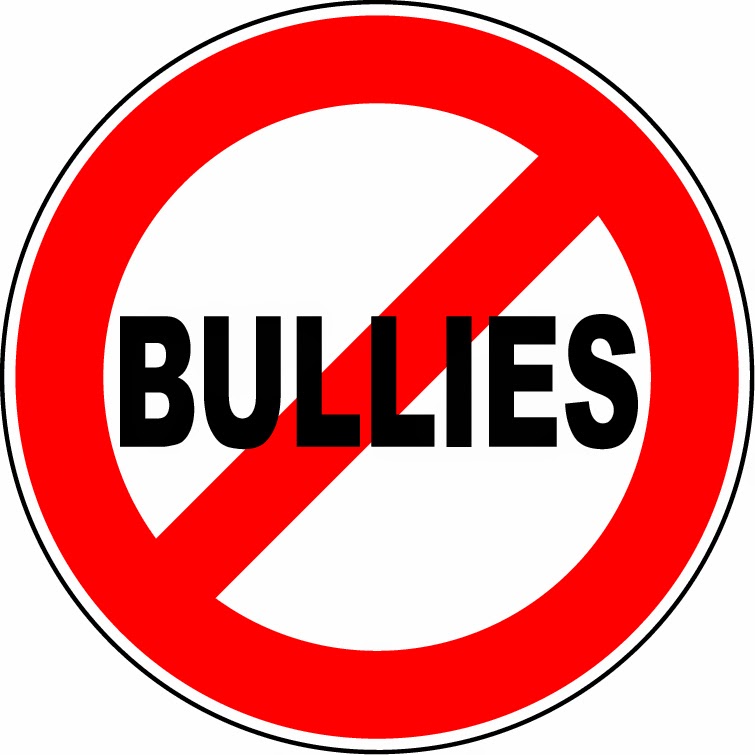 My focus needs to be on constant communication with my boys about their behavior and the behavior of their peers as they grow. Prevention and protection are key. I just need to focus on THEM. I'm safe. I made it through my adolescence without any major issues. High five! At 33 years old I NEVER have to worry about being bullied again in my entire lifetime...

It was a typical Saturday lunch with friends. We filled our tummies on greasy fried nuggets, waffle fries and a fruit bowl. Yes, a fruit bowl... because a well rounded meal is very important to us. 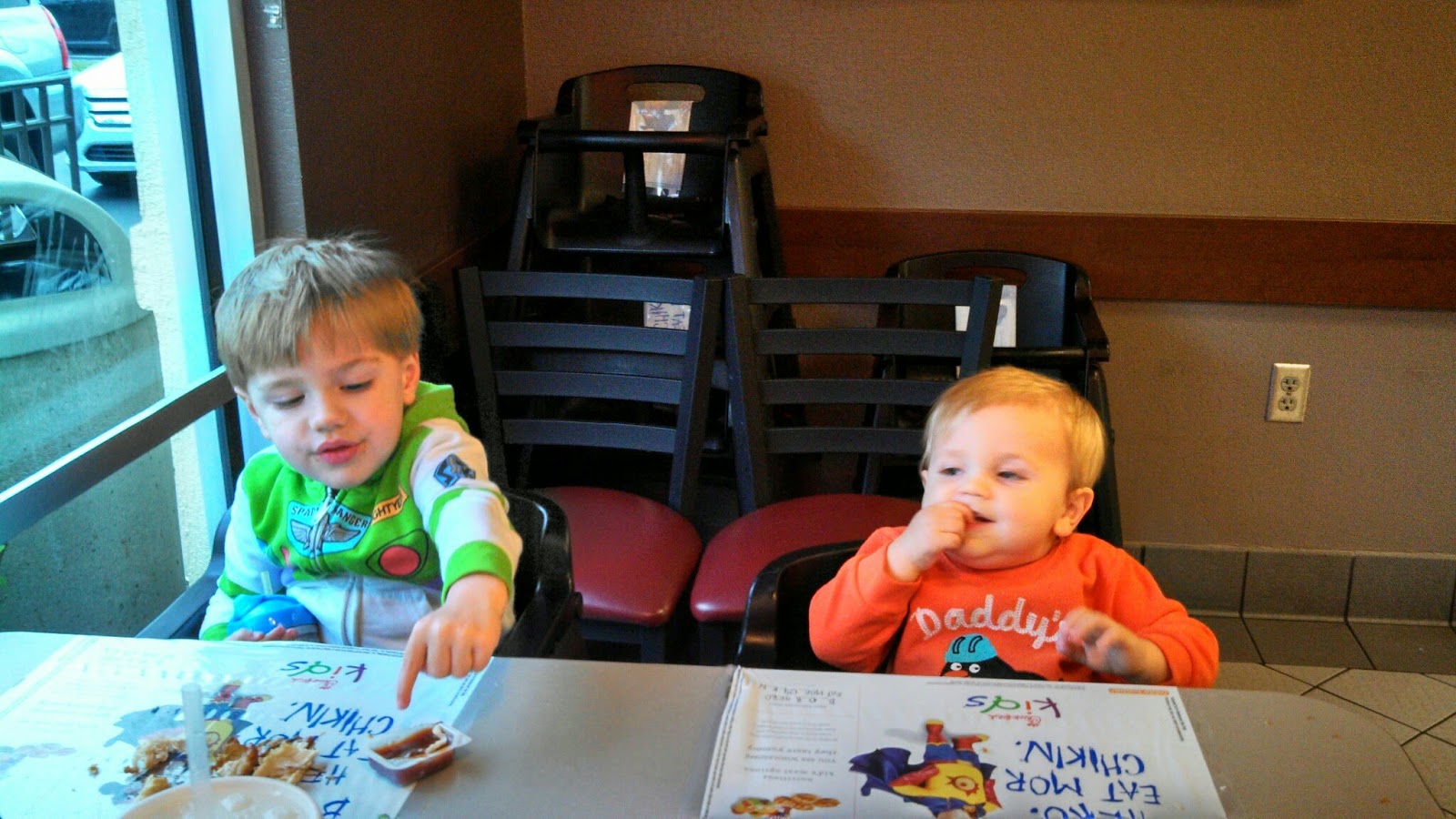 So, we shared a few stories and laughs with our friends and then I took the boys into the play area to let them burn off some post meal energy. Cooper (3 months shy of 3 years old at the time) immediately took off up the stairs to the slide while I stayed below with Fletcher (9 months old) to let him explore. 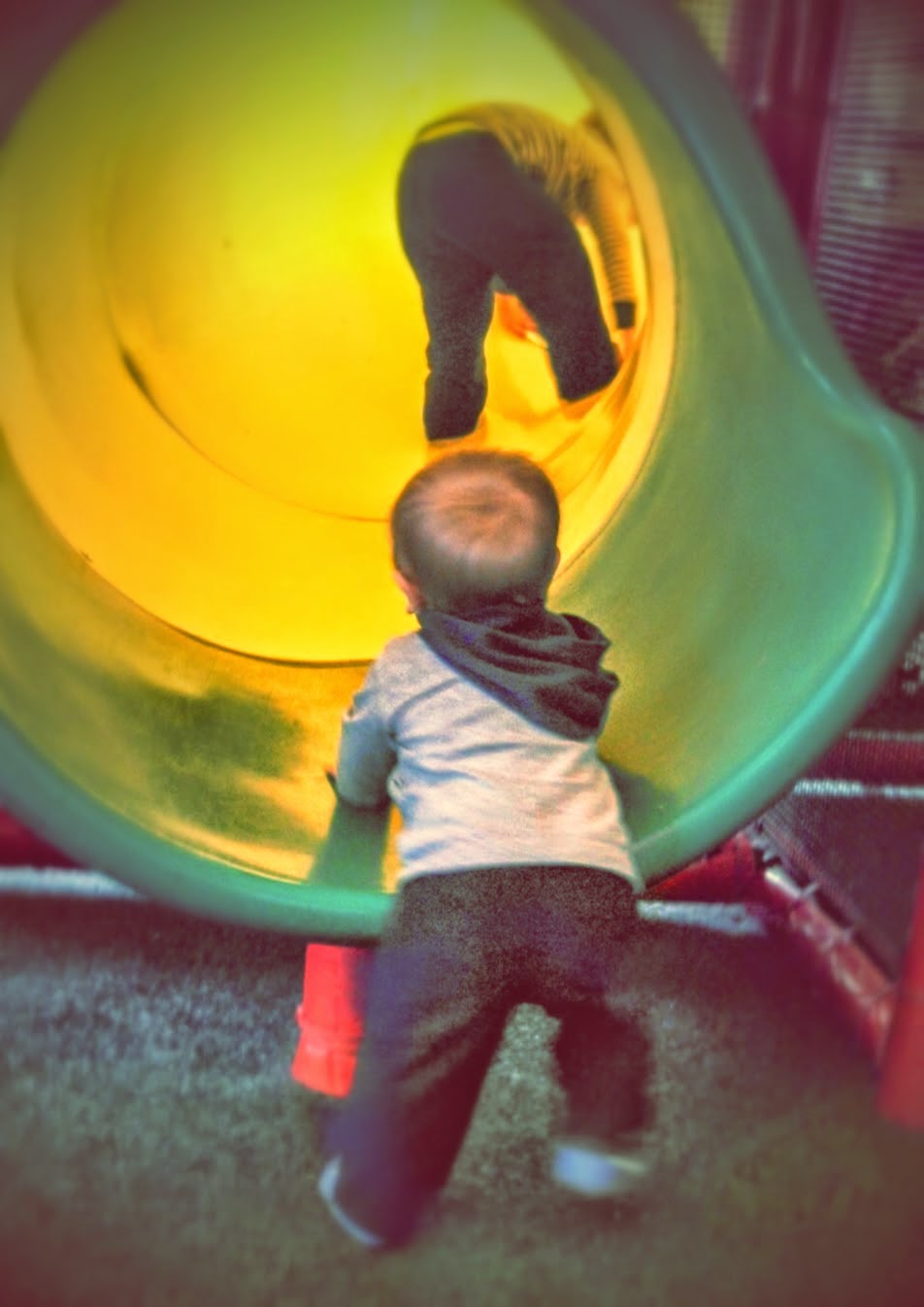 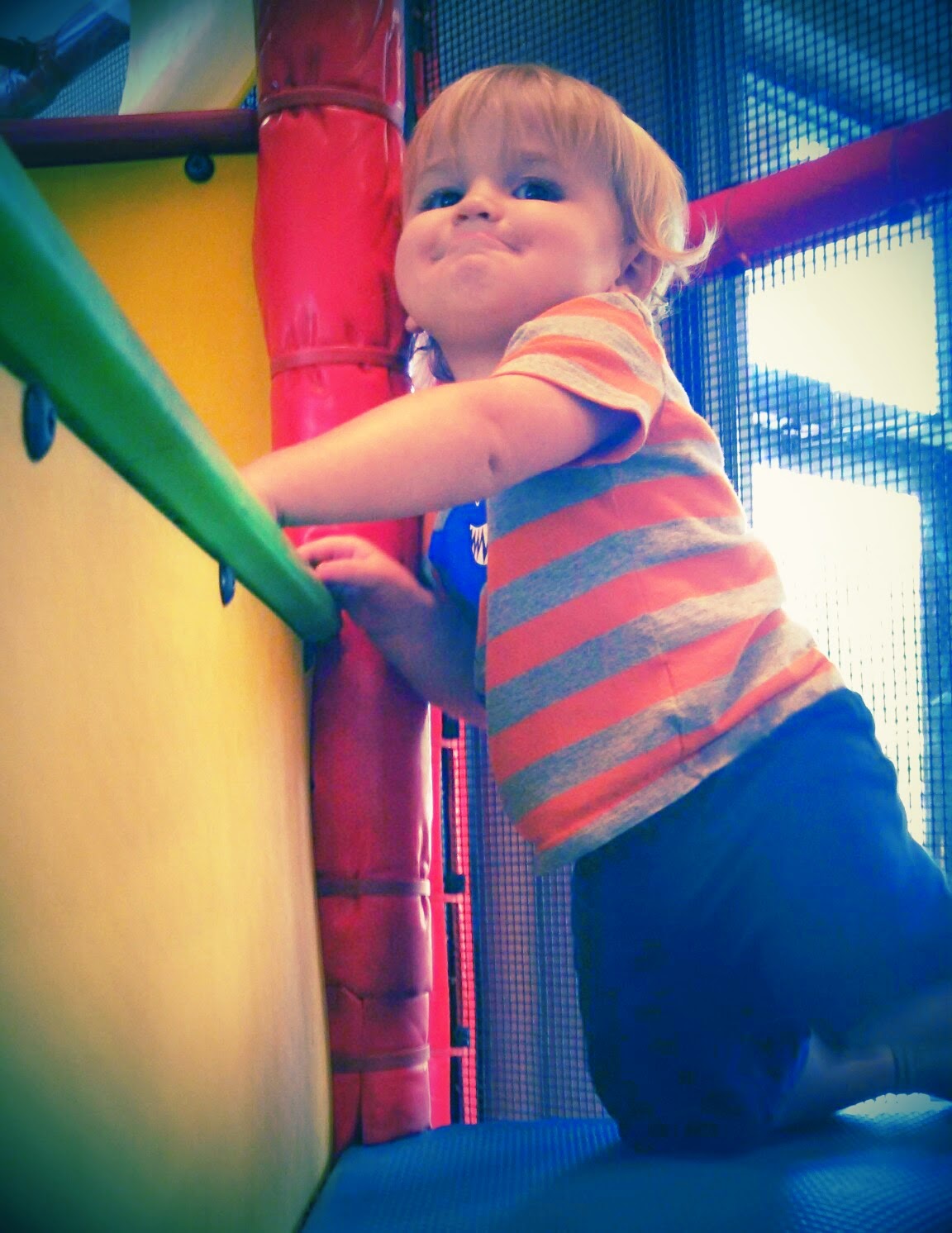 I observed two boys (approximately 5 and 6 years old) rough housing nearby with no parental supervision. For a second I thought they might be conjoined twins. They kind of reminded me of two squirrels mating. You know what I mean? They chase each other up and down a tree (a playground in this case) at break neck speeds no further than one inch apart at all times squeaking and squawking all the while. They were all over each other and really going at it. They played like brothers who either hated each other or really loved each other and had a funny way of showing it. They kept to themselves though and didn't seem to bother anyone else. I figured I'd let them work through their brotherly aggression on their own terms as long as they didn't try to get my boys involved in their mating ritual. After all, I wasn't the one who was going to be paying for the doctor's bill if someone broke an arm.

We did our best to ignore them while we played for about 10 minutes. The two boys calmed down significantly and just before we called it a day I overheard one of the boys begin to talk in that "school kid bully tone." You know the one. We've all heard it before. He started to draw out his words and accompany them with some "Oooh's" and bratty laughter. I decided it was my duty as a responsible parent to eavesdrop on the boy. What if I needed to protect my cubs? We were the only other people on the playground. Who else could he possibly be picking on besides my innocent little boys? I'll admit it, Papa Bear's ears perked up and he got on his hind legs. If you are a parent, I'm sure you can relate to this feeling.


Here's what the boy had to say:

It didn't take long for me to realize that this bully wasn't picking on my boys. To my knowledge, there was only one bald guy with a beard wearing a Florida Gators shirt on the playground. He was making fun of ME!! 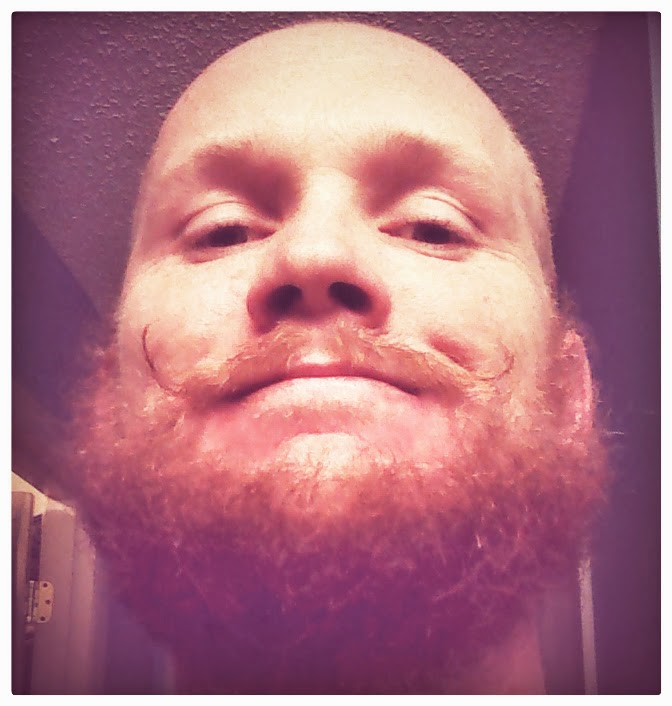 Are you kidding me? Such blatant disrespect! What's wrong with kids these days? I couldn't believe my ears.

Fortunately for me, his little buddy didn't appreciate his mean spirited comments as much as he did. When their dad came to get them off the playground he told on him. I really appreciated that even though it didn't really help with the self esteem issues I've been having as a result of this incident. As if it wasn't hard enough to deal with going bald in my mid to late twenties, now I've got this miniature Biff Tannen busting my chops on the playground while I'm trying to spend some quality time with my little McFly's. Thanks a lot Biff. As a result of this incident I've really been doing some soul searching in an attempt to find out who I really am as a man deep down: 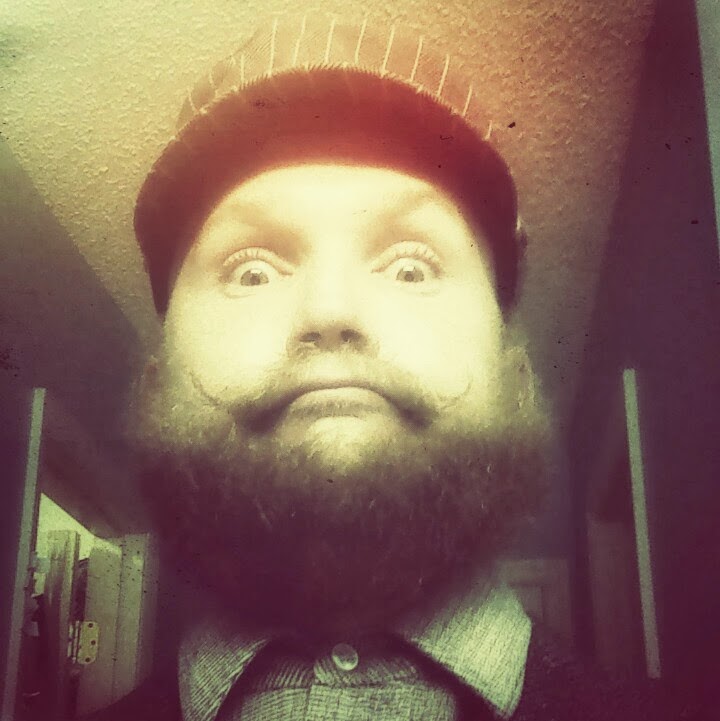 I tried the 1920's train conductor look. My kids love trains. I figured they would love this look. I was wrong. 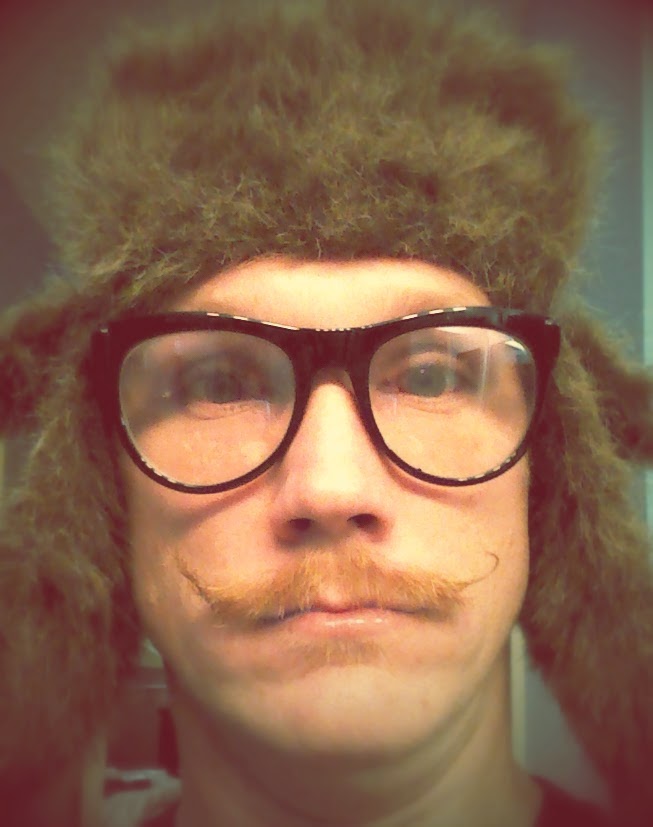 I tried the daredevil autopilot by day/ 1950's bare knuckle boxer by night look.
It just led to more confusion. 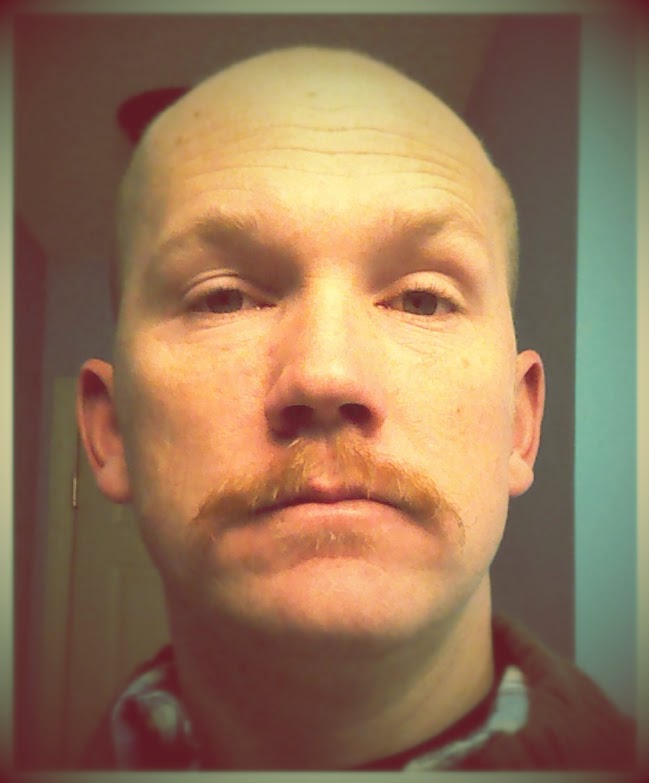 I even went through a Walter White look a like phase. When I walked into CVS to buy cough medicine they refused my sale. Also, my wife threatened to change the locks on the house.

You know what Biff? I'm glad your little buddy tattled on you. Serves you right you little punk. By the way, my beard isn't yellow. It's RED. I would have let you slide if you went with dark orange, but YELLOW?!?! Come on! My two year old knows better. Novel idea: Why don't you go home and practice learning your colors instead of picking on adults at Chick-fil-a there smart guy?!?!

I eventually regained my composure and confidence. I did it for the kids. I couldn't set that kind of example for them. I can't believe my wife and I have brought two children into this cruel bully riddled world. I'm also somewhat shocked and in a state of disbelief that my bald head with a bushy RED beard look doesn't seem to be working for me, even with the younger demographic. I actually thought it made me look tough. Wrong again.

Like I said before, prevention and protection are key. I just need to focus on ME. The boys are safe. They're young and resilient. I'm old and fragile. Now I'm 34 years old and I'm just glad papa bear has these two cubs to protect him when the going gets tough... and yes, I shaved the beard. My wife is probably grateful for little Biff. Now that I think about it, she may have actually hired him. 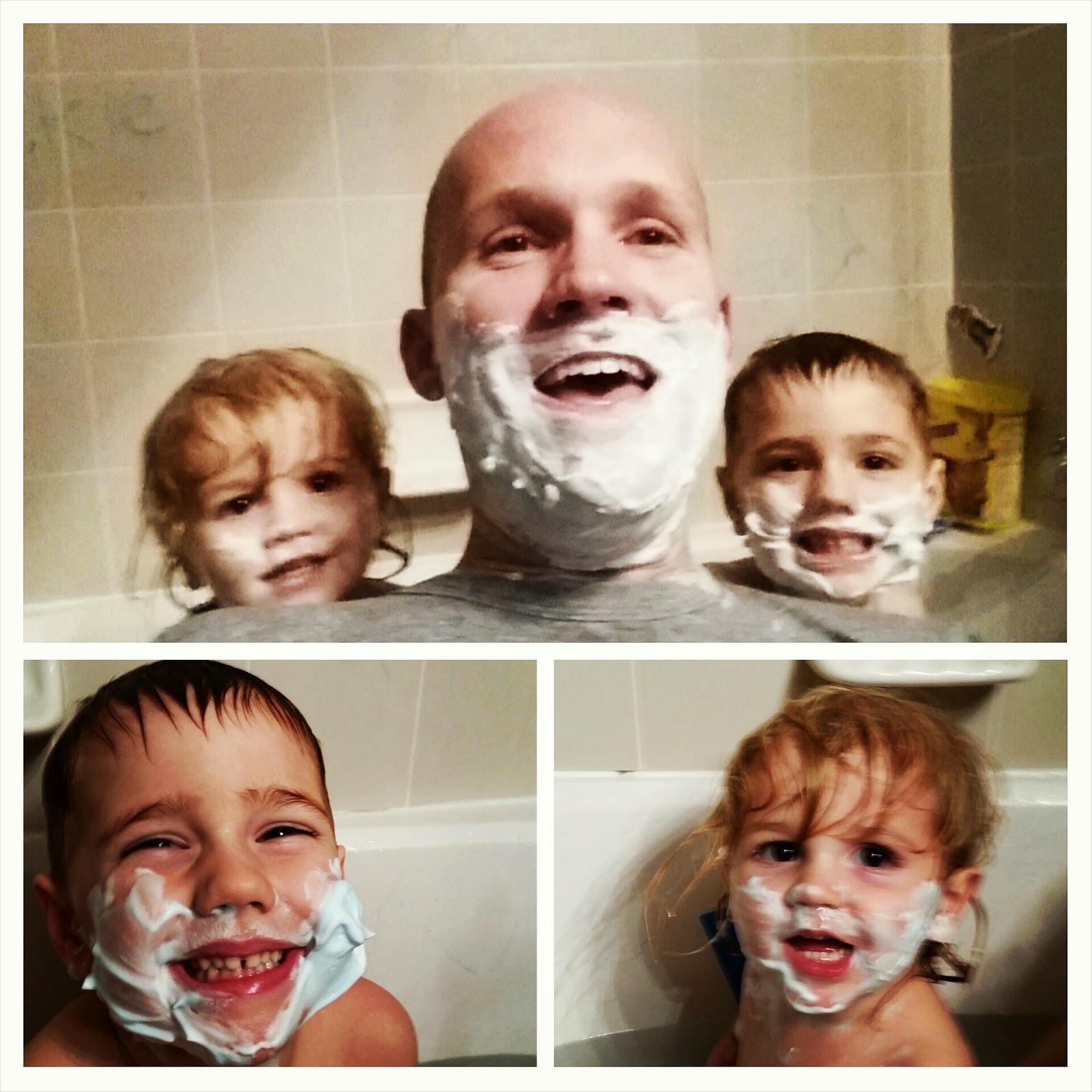