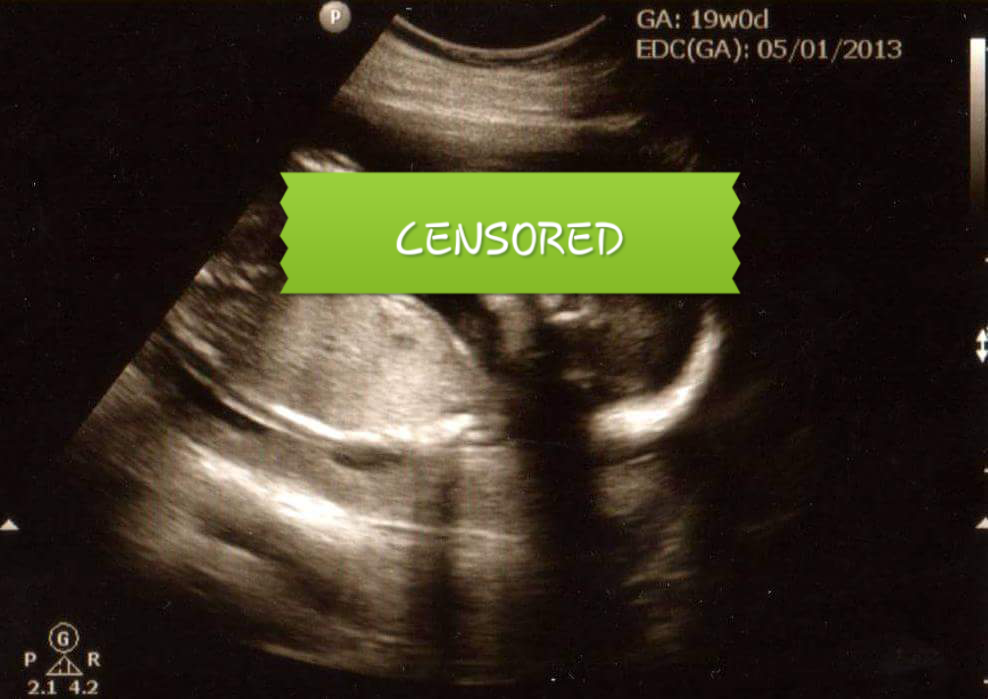 Do you remember those super cool pictures with the hidden 3D images that became really popular back in the nineties? They just looked like some type of pointless radical design at first glance but then your buddy who already had it figured out taught you how to look deeper into the picture. Maybe he showed you how to put your nose against it, slightly cross your eyes and slowly move your head away from the picture while gradually uncrossing your eyes until you finally saw it.

What took you so long?

For crying out loud, there's an angry three dimensional shark with two rows of flesh hungry teeth exploding out of the murky water (that you thought you actually felt splash your face) seconds away from chomping down on a tasty unfortunate surfer that the shark had mistaken for a manatee!!! ...and this is all happening mere inches from your face! You were practically giving him a cross eyed kiss only seconds ago!!!

Your mind was officially blown.
How in the world did they do that?

Well, the answer is: I don't know.

I read some stuff on Google but I don't really remember... or maybe I'm just too elementary minded to comprehend what I read. Maybe that's why I have such an appreciation for these pictures in the first place.

What I do know (thanks to Google) is that the super cool picture with a hidden 3D image actually has a name. It's called: 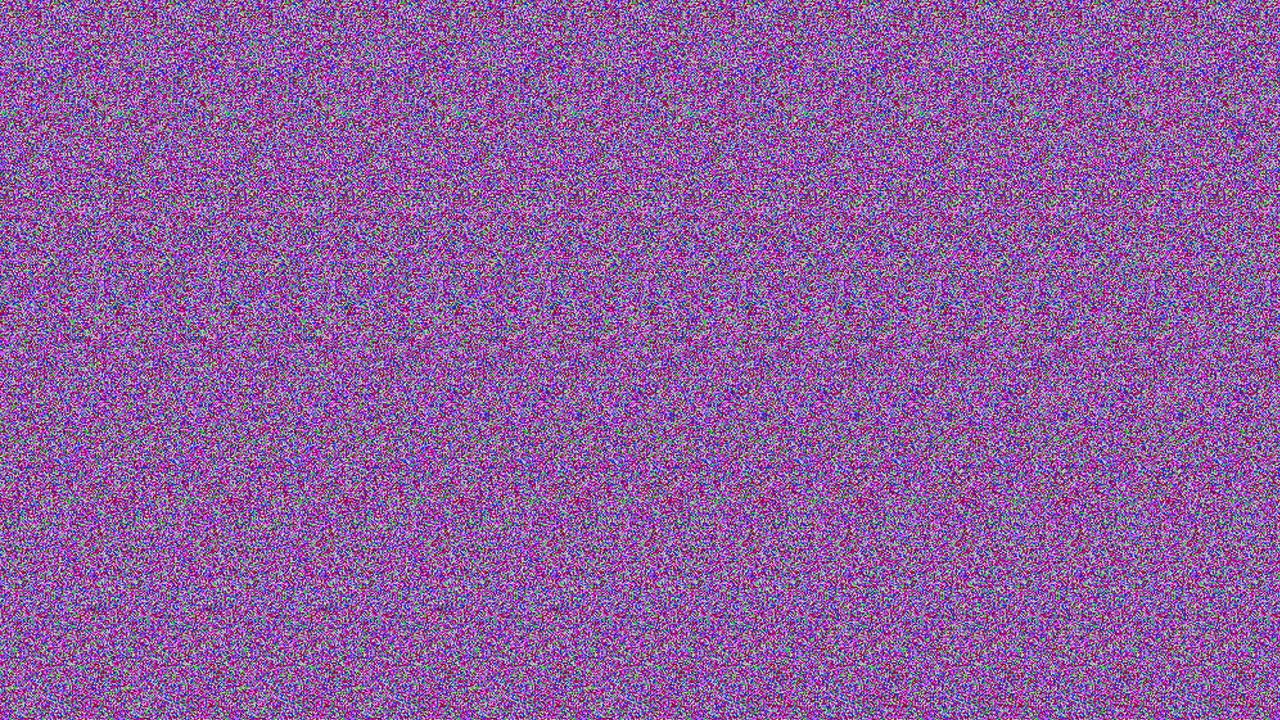 Blast from the past, right? When was the last time you saw one of these bad boys? Did you know it's called a Stereogram? I'm impressed if you did. To be honest with you I had completely forgotten about these things until about two years ago. I remember exactly where I was when the memory of the stereogram re-entered my mind. I was sitting in a chair at the hospital while my stunningly beautiful pregnant wife was paying the receptionist for our 19 week doctor visit. We were anticipating the birth of our second child. We were approximately half way through the pregnancy. I was pouring over 8 or 9 pictures that were somehow even more mind blowing than the stereogram...
and that's before I saw it.

What is "it" you ask? I'll get to "it" momentarily. For now, let's talk about those pictures. 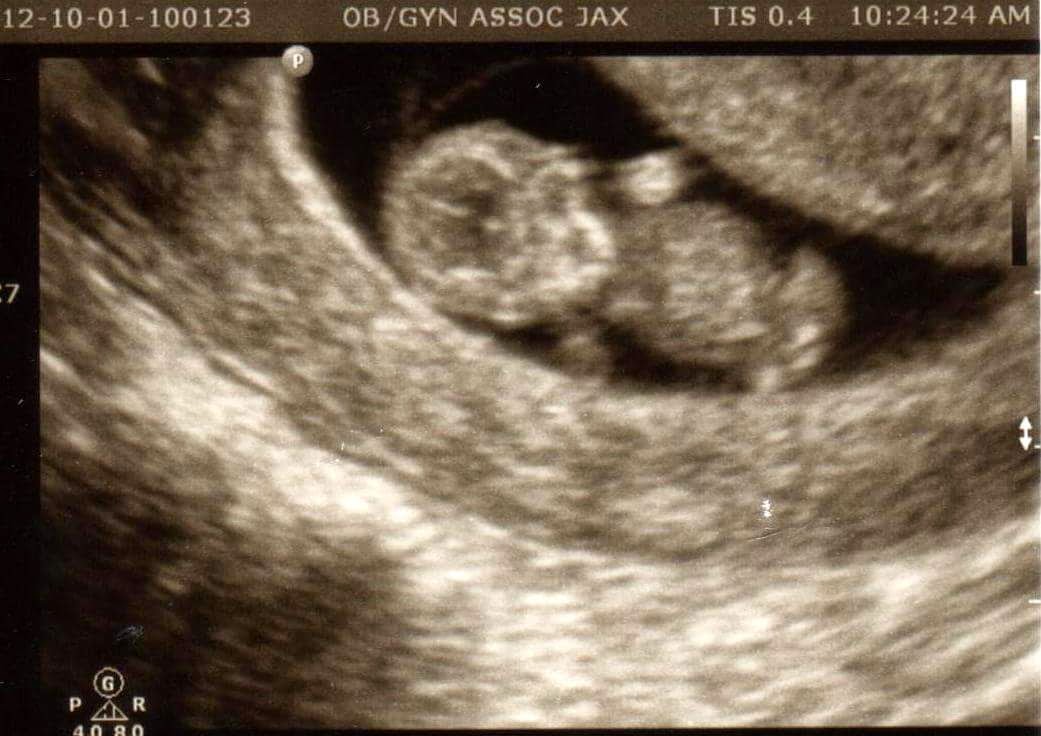 I'd venture to say that pretty much everyone knows what a sonogram is. Those of us who are parents could never forget. I'm sure you remember that feeling you had the first time you saw a sonogram of your child/children; the first time you heard the heart beat. It's really the first chance to bond with your child. Even though your wife may have taken a pregnancy test or had her pregnancy confirmed by a doctor it just doesn't hit you until you see that tiny little guy and hear that beautiful breath taking heart beat. I will never forget that feeling... instant chills and an instant rush of the happiest tears to my eyes... true love.

I can feel you tearing up on me.
(or maybe it's just me.)

What I'm trying to say is that it's one of life's mind blowing moments. I'd be lying if I said it was the same feeling I felt when I saw my first stereogram. That would be silly. It's similar but it's different. I already told you that I have an elementary mind. Don't get me wrong, I'm a smart enough guy but I guess I just really appreciate things that are "super cool" to me. A stereogram and a sonogram are both "super cool" in their own special way. Even though you have to look "deeper" into a stereogram to see what it has to offer, the super cool pay off moment is much deeper with the sonogram. When comparing the two, it's kind of funny when you think about it that way. But why would anyone bother to think about it that way? What would possess anyone to even bother comparing the two? 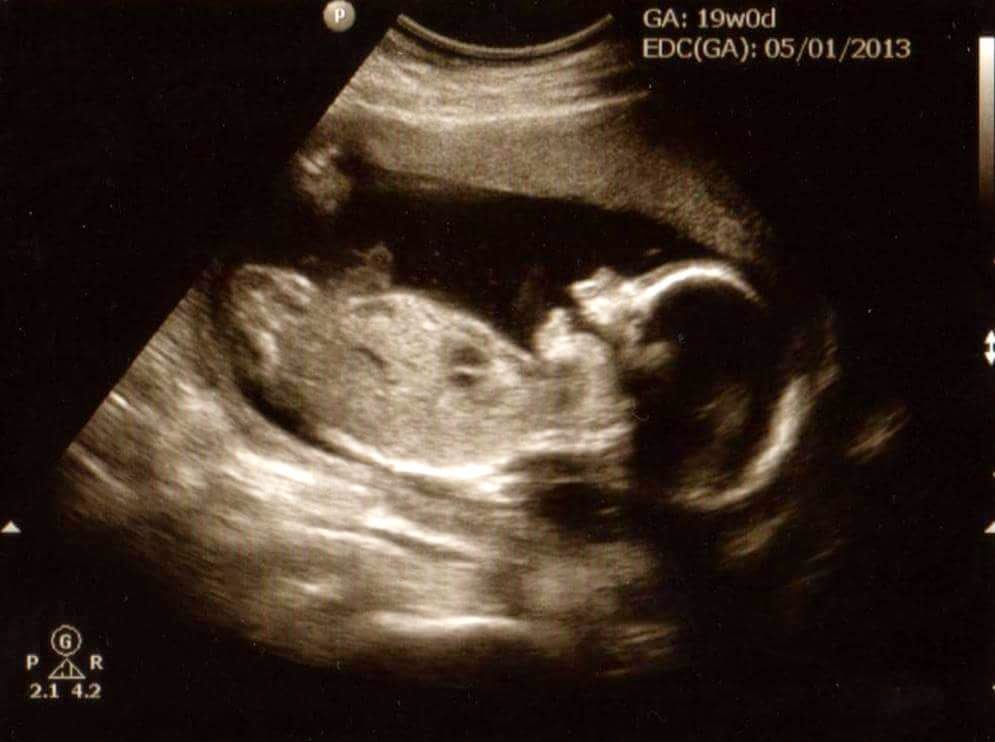 (Fletcher @ 19 weeks presumably still all by himself in the womb
don't worry, he doesn't have a twin.)


Am I right? Are you asking yourself  why I even bothered to make this comparison?

Well, the answer is: I don't know.

Just kidding. I actually have an answer this time but before I tell you, let me ask you a few questions that may seem like they are coming out of left field.

If you have kids they probably love the movies. You may even love them yourself.

Are you familiar with Woody, Buzz and the gang?

My oldest son, Cooper, LOVES Toy Story. At the time of our 19 week appointment with Fletcher it is safe to say that we were watching parts of Toy Story on an every day basis. It is also safe to say that my wife and I were seeing the Toy Story characters in our sleep. They had basically become part of the family. 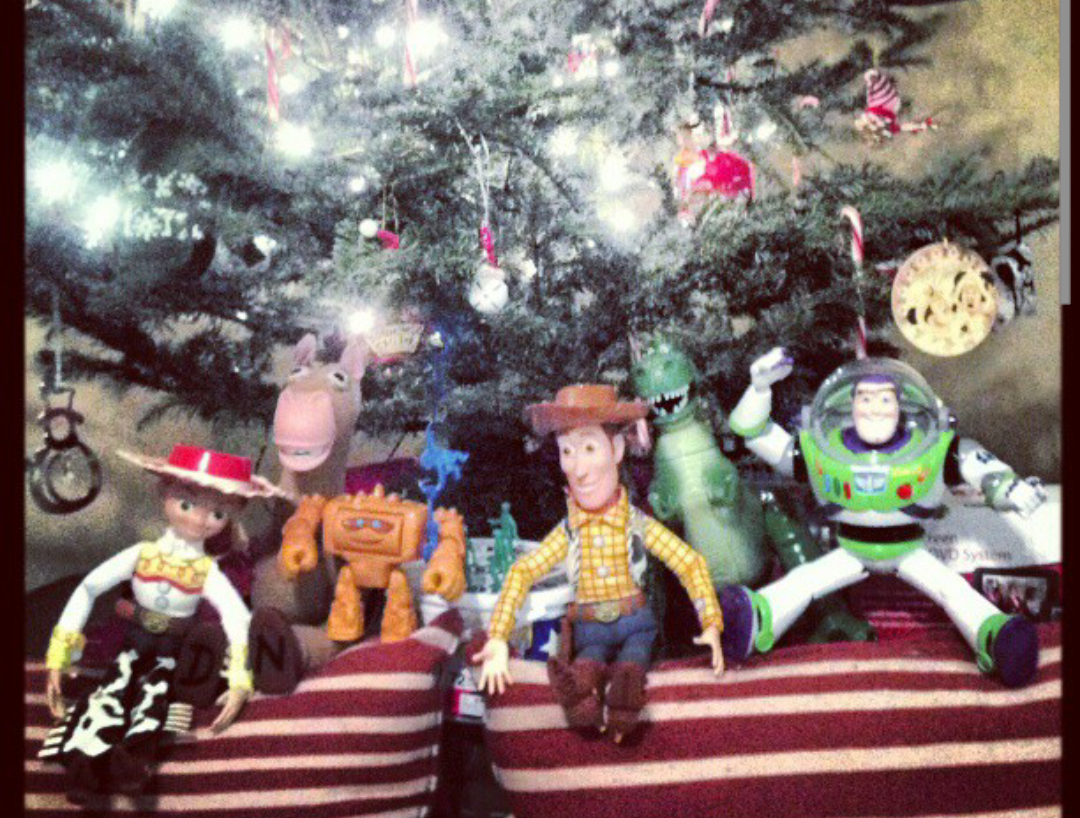 This was the scene at our house on Christmas morning that year.

Back to the question at hand.

Why would I bother to compare a stereogram and a sonogram? 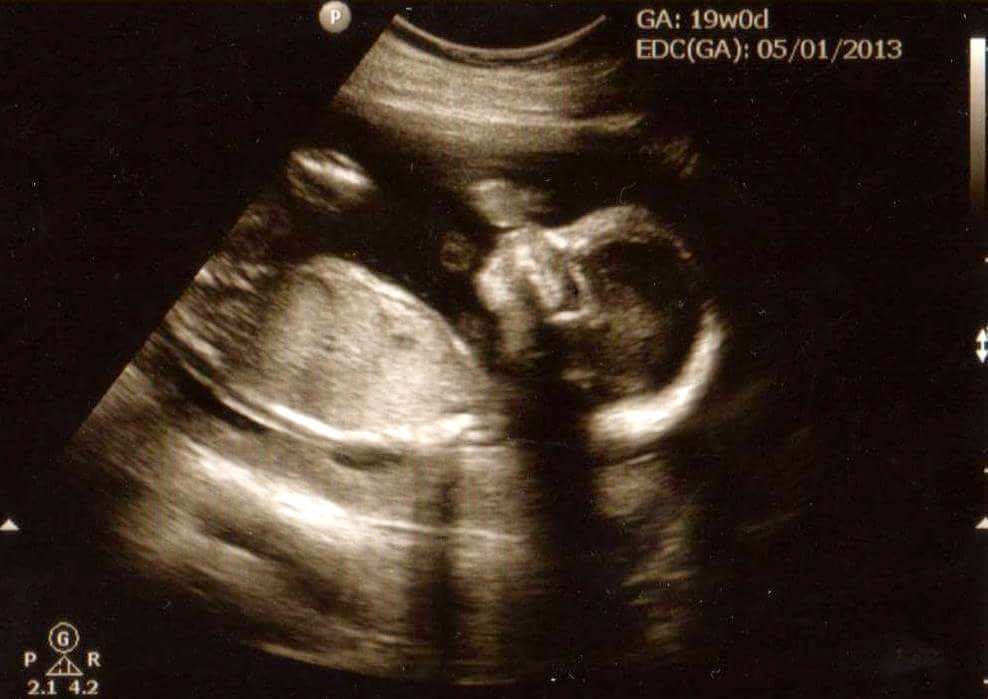 When I first saw him while sitting in that chair at the doctor's office I thought my eyes were playing tricks on me. I thought I had watched so much Toy Story that I was just seeing things. When i mentioned it to my wife she rolled her eyes. When she saw him for herself she couldn't believe her eyes. In case you haven't seen him yet, I will help you out. 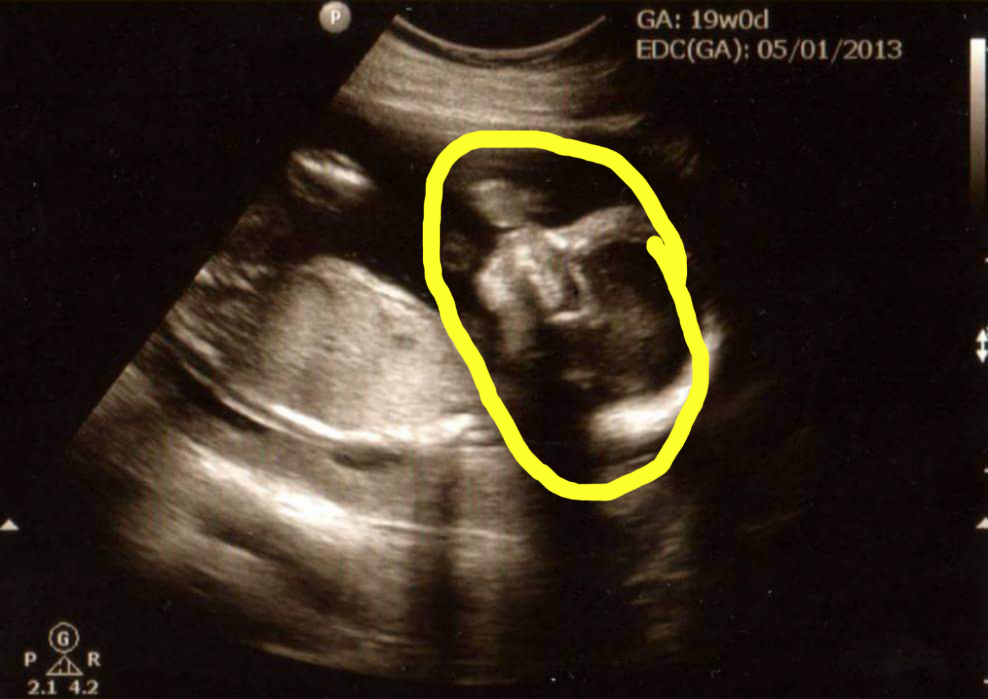 Cowboy hat, vest and all.

Propped up against my unborn son's face.

Once you see him you can't unsee him. We showed the receptionist. She cracked up laughing. She started showing Woody to everyone in the doctor's office. We were all laughing. The doctor even heard the laughter and came around the corner to see what was causing such a commotion. When he saw Woody he laughed heartily and explained to me how the babies right hand, jaw and nasal cavity lined up perfectly to make it look like Woody was hanging out in there. He even made a joke about there being "a Woody" inside my wife.

As if Woody and the gang weren't already a big enough part of our family, now we're bonded forever and I'll never believe that those toys don't really come to life when no one is watching.

It was a fun moment. One I'll never forget. Right there in that chair in the doctor's office I actually had a stereogram moment for the first time since the nineties.

My mind was officially blown.
How in the world did they do that? 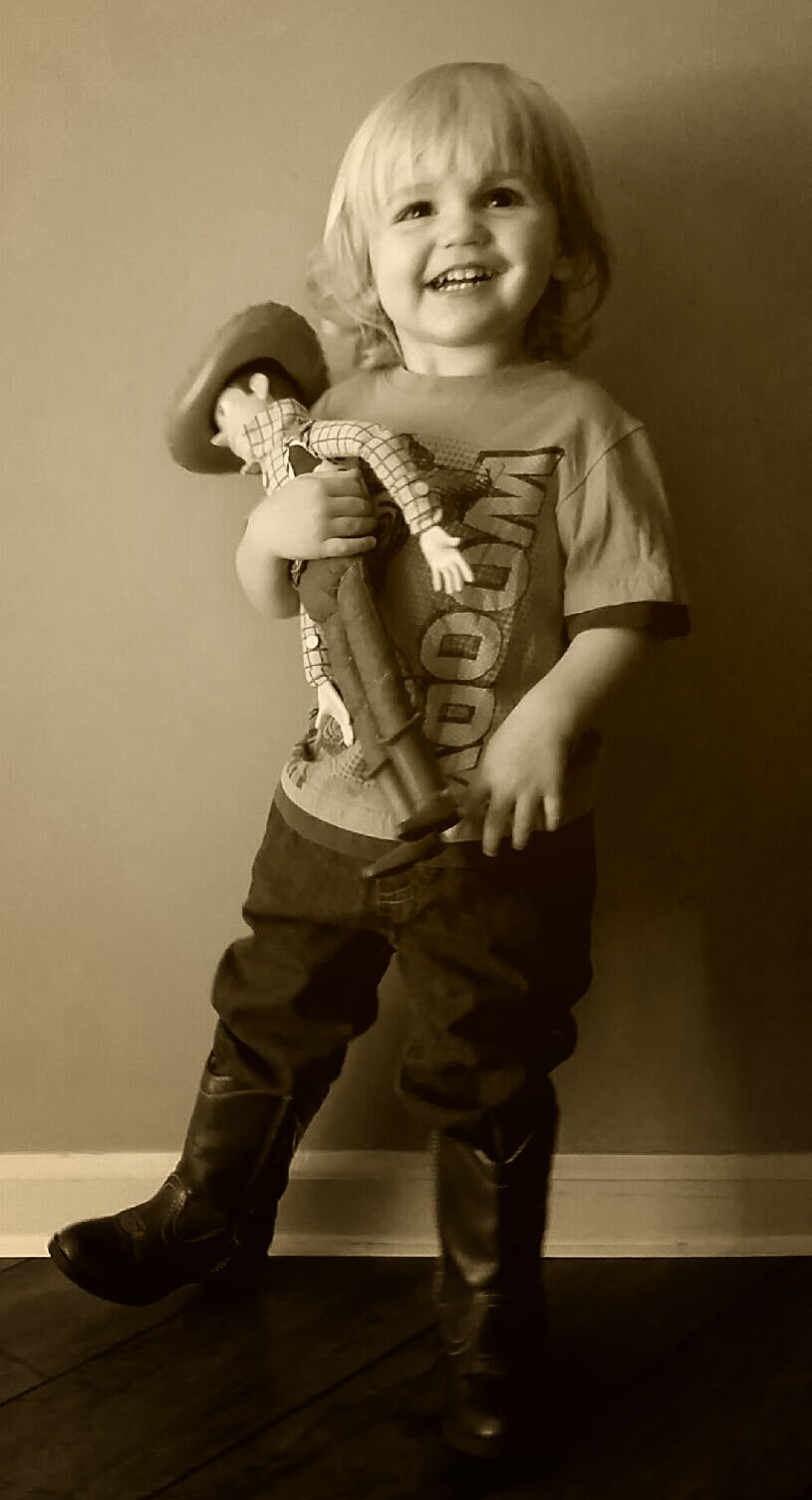