There are some things in life you should just never ever do. I guess you would call them general rules of thumb. You've probably had most of these lessons drilled into your head by your parents throughout the years but lets touch on a few examples just to be sure we've covered all of our bases:

c.) NEVER dishonor your father or your mother! 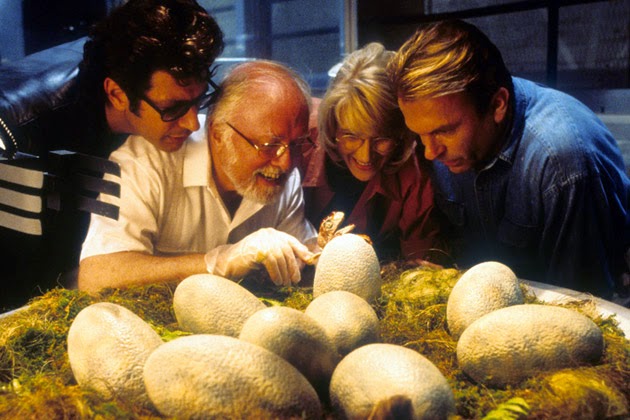 No one ever taught you this lesson? Well, you're just going to have to trust me on this one. Don't do it! I just wouldn't advise it. As tempting as it may sound to bring home a cute little baby Triceratops, Tyrannosaurus or perhaps even a "Pterrible-dactyl," as my three year old son calls them, don't give in to the urge. Of course they're cute when they're babies! Haven't you seen Jurassic Park? That place is a nightmare waiting to happen. 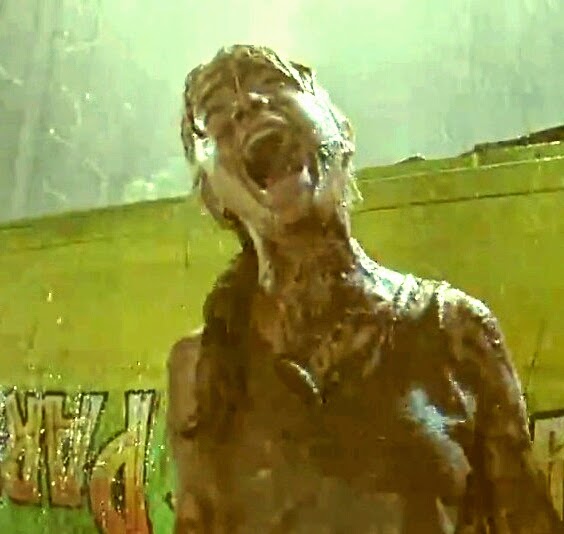 Maybe I should back up and start from the beginning before I really lose you.

Do you remember any family traditions you had with your parents when you were a child? Perhaps an inside joke, a funny little saying or a bed time routine that you shared throughout your childhood?

I remember one right off hand. It was called, "The Special Kiss." Actually, It consisted of five kisses and I don't recall when or why it started but every night at bed time I would give Mom and Dad a "special kiss." I would give them a kiss on the lips followed by a kiss on each cheek and then we would trade forehead kisses before I crawled into bed. I know it started when I was very young and if I recall correctly, it actually lasted all the way until high school when I finally decided I was too old and way too cool to be giving my parents a silly special kiss at bed time. I'm sure that was a sad day for them but I guess you have to let your baby grow up at some point. Let's just say I was 15 when the special kiss became extinct. If that's accurate then that means it has been approximately 19 years since I've given my parents a special kiss. I think I owe them one next time I see them. They've earned it. No doubt.

As a father, creating family traditions is something that is very important to me. When I first became a dad I decided it would be a good family bedtime tradition to tell my first born son Cooper, "Daddy loves you SOOOO much...and don't you EVER forget it," before he fell asleep. I would tell him every night. I would make sure he knew how much his daddy loved him and his mommy would make sure he knew how much she loved him too. We would always be sure to remind him not to forget it. We told him before he was old enough to even understand what it meant. We didn't care. We wanted him to learn what it meant and we wanted him to understand from a very young age that he was loved immensely. We continued to tell him as he grew; as he learned to crawl, walk and talk. Once he started talking I would say, "Daddy loves you SOOOO much...and don't you EVER..." and I would wait for him to fill in the blanks. At this point in his life he had heard this so much that he knew exactly what came next. He would always say, "forget it!" without fail. We had created a perfect little family tradition that would last for years and years to come... or so we thought.

Cooper had other plans though. At two years old he had a rather large vocabulary and an even larger imagination. He was full of imaginative stories and Ideas. Some of these ideas showed that he had a capacity to understand more than your average two year old while many of his other ideas made absolutely no sense at all. One night while going through our typical bedtime routine I told Cooper, "Daddy loves you so much... and don't you EVER..." Instead of his usual response, he replied, "GET A DINOSAUR!" I just laughed and said, "No silly, don't you ever forget it!"  I just assumed he was being silly and this would be a one time thing. I figured the next night we would be right back to our normal tradition, but I was wrong.

Two nights later Cooper still found it necessary to assure me that he would never get a dinosaur. I thought about explaining extinction to him and informing him that he would never have the chance to get a dinosaur unless he somehow lucked into some type of paleontology internship with Dr. Alan Grant where they uncover dinosaur DNA taken from dinosaur blood that was preserved inside insects encased in amber and turn that DNA into genetically modified dinosaur embryo's to be grown and developed inside a high tech dino incubator... 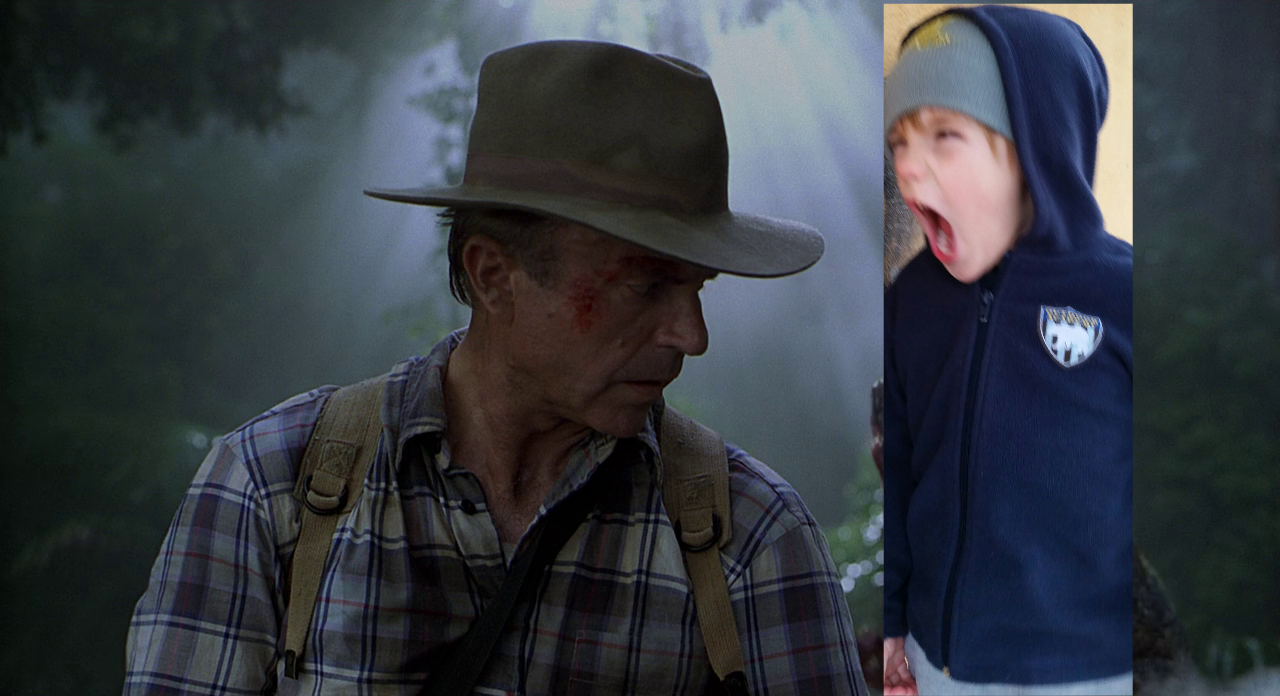 I just couldn't do it. I couldn't crush his little two year old dreams. Dinosaurs are as real to him as the millions of other things he's seen on television but not in real life. Instead, his mother and I just decided to go with it. Why not? If the little guy wanted to tell us that he'd never get a dinosaur every night at bedtime so be it. It was actually a very reassuring thought. What a responsible young man. It's hard enough to take care of a dog. I appreciate the fact that he's not going to over extend himself. 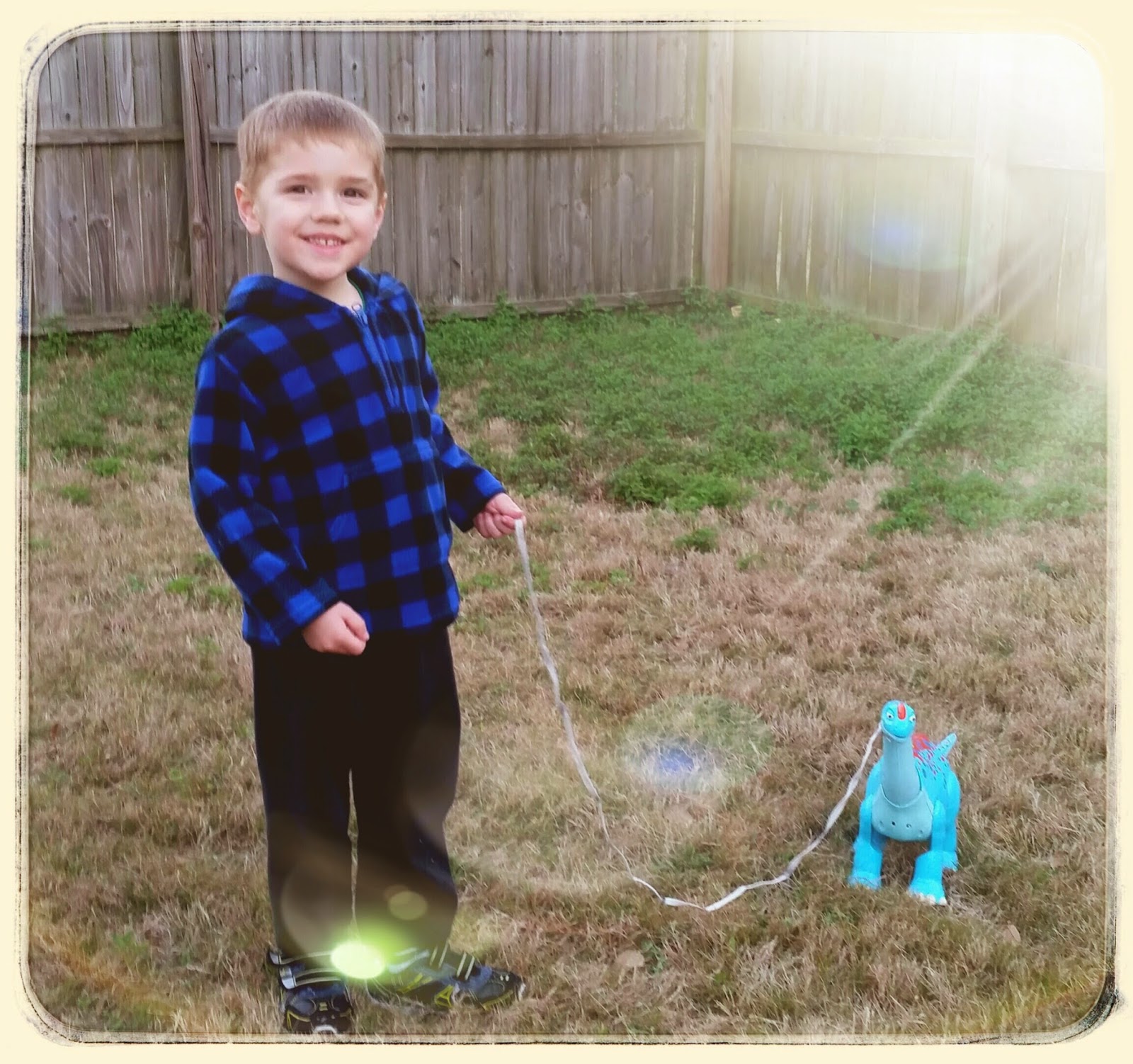 Almost two years later we still say it every night. "Daddy loves you so much and don't you ever..." ..."GET A DINOSAUR!" It's become so much more than it was before Cooper made his addition. Sometimes my wife and I will just text one another and simply say "Don't you ever get a dinosaur!" Translation: I love you so much. As parents we don't always choose our traditions. We might want to, but we really just need to be able to recognize them when they come along and embrace them.


Our 1 and a half year old, Fletcher, has caught on too. He's part of the routine every night now as well. He picked up on it before we even tried to teach him. His cute little roars just add to the fun family tradition. I wonder how long it will last? I wonder how old the boys will be when they finally ask us why on earth we say that to each other at bedtime and what on earth it means? I wonder what they will think of the explanation? I wonder if they boys will let, "don't you ever get a dinosaur" be our secret code to tell them that we love them whenever they are too old and way too cool to say, "I love you" in front of their friends? I sure hope so. Thankfully, that day is many years down the road though I'm sure it won't seem like it. I just hope this family tradition doesn't go the way of the special kiss... or the way of the dinosaur for that matter. Until next time, good night and don't you EVER...